Aug 5 UPDATE:
In Jul 2014, I’ve been asked by one of Russian national newspapers to investigate the story of general cargo ship RHOSUS, stranded in Beirut with cargo of ammonium nitrate, following the letter they received from the Captain of the ship. That’s what I found out:
General cargo vessel RHOSUS called Beirut, Lebanon, in October last year. Vessel loaded with ammonium nitrate was destined for another country, the reason she called Beirut is unclear, maybe for supplies or due to some mechanical trouble. RHOSUS was detained after PSC inspection, which found a number of deficiencies. Since then vessel is stranded in Beirut. By now only four crew stay on board – Master (Russian nationality), Chief and Third Engineers and Bosun, all of them Ukrainians. Vessel was owned and operated by Mr. Grechushkin Igor, Russian citizen now Cyprus resident (last known manager Teto Shipping, Cyprus). RHOSUS actually, is abandoned – owner doesn’t communicate, doesn’t pay salaries, doesn’t provide supplies. Owner of the cargo declared abandonment, too. Beirut authorities don’t permit the remaining crew to leave the vessel and fly to home. The reason is obvious, port authorities don’t want to be left with abandoned vessel on their hands, loaded with dangerous cargo, explosives, in fact. Why don’t they want to arrest vessel with cargo, to release the crew and replace it with temporary local crew, is unclear.
https://www.fleetmon.com/maritime-news/2014/4194/crew-kept-hostages-floating-bomb-mv-rhosus-beirut/
Many believe that yesterday’s explosion in Beirut was caused by that  ammonium nitrate cargo on board of RHOSUS. Probably.
General cargo vessel Rhosus, IMO 8630344, dwt 3226, built 1986, flag Moldova. 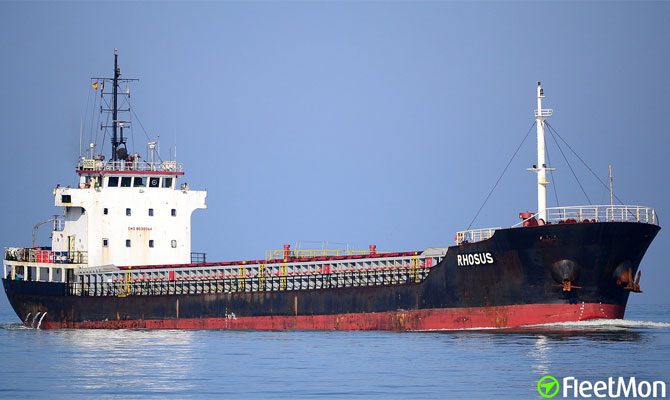 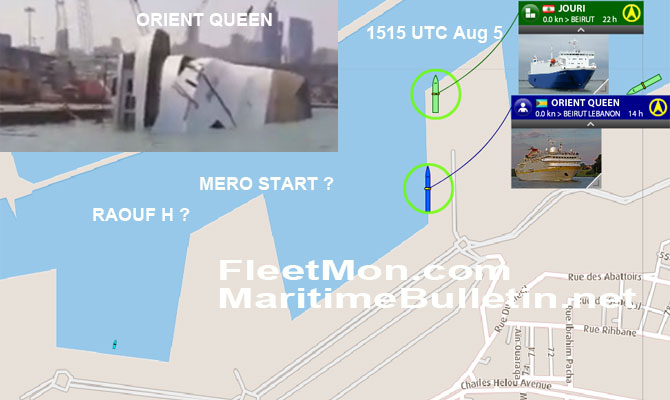 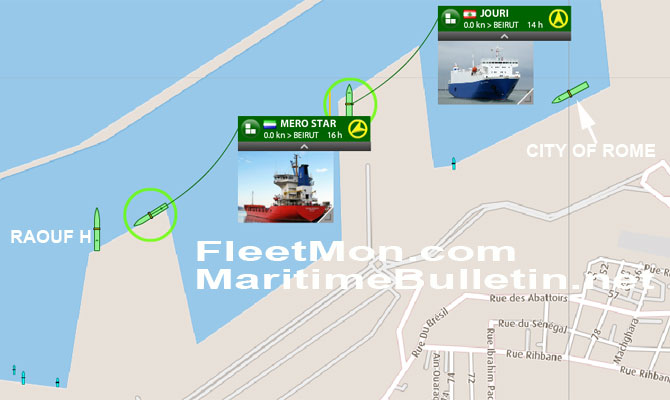 A powerful explosion occurred in Beirut port area on Aug 4, killing and injuring dozens of people, and causing widespread damage. As of evening Aug 4, there’s no clarity with regards to the cause of explosion/explosions, and what triggered it. Russian witness insists he saw the ship on fire prior to blast, he managed to record fire and explosions on his mobile phone.