Romania general cargo ship DENIZ S ran into trouble in Bulgarian waters off Obzor, northeast of Burgas, on Jul 31. There was water ingress in forepeak area, ship developed fore tilt and portside list. During Jul 31 the ship reportedly and according to track, was towed to Burgas. Sincef late Jul 31, the ship was positioned in the middle of Burgas port entrance, status unclear. As of 1430 UTC Aug 1 she remained in the same position, with 2-3 tugs at her side and nearby. Understood salvage under way and she’s considered too unstable to be docked at port.
General cargo ship DENIZ S, IMO 8103389, dwt 4510, built 1982, flag Tanzania, manager ROBINSON SHIPHOLDING CO, Romania (EQUASIS). 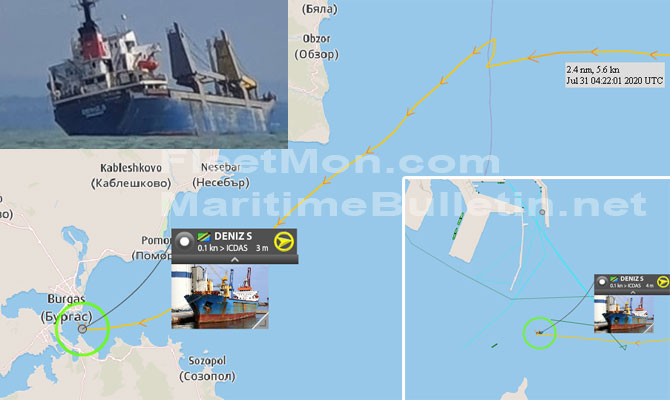 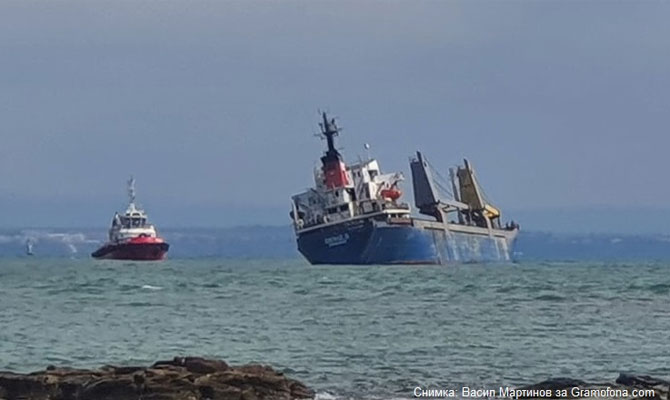