Jul 31 UPDATE: According to inside info and news published by at least one Greek news outlet, all 25 crew remain on board, under quarantine. Other news agencies said all crew were taken ashore. 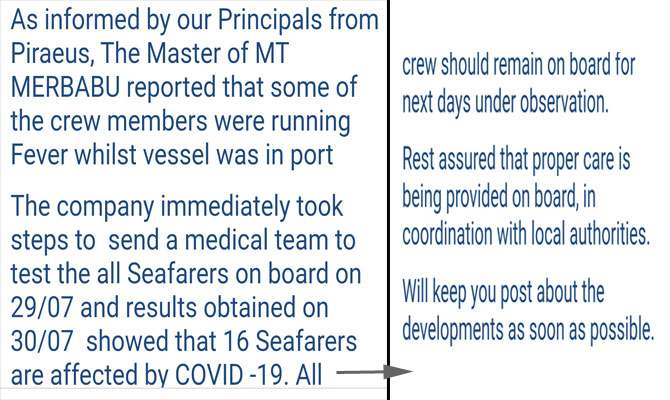 Jul 31 1800 UTC: According to latest news, all crew, including those tested positive, are in good health, they’ll all remain on board until quarantine expires. After that, all crew will be changed. The origin of initial information on evacuation of all the crew, remains a mystery. It could be a genuine misunderstanding on behalf of Greek media, but it could be as well, intentional falsification, to stoke pandemic fears, and justify restrictions imposed on public.

Jul 30: Aframax tanker MERBABU arrived at Megara Greece from Ceyhan Turkey, understood with cargo of crude, on Jul 17. After offloding cargo, tanker was anchored off Megara. On Jul 26, one crew was reported to authorities having fever. Medics team board the ship, and in no time, it seems, figured out 16 infected out from total 25 crew. Tanker was moved to Piraeus anchorage, all crew were transferred to shore. Identified as infected crew, 8 Indians and 8 Filipino, were taken to hospital, the rest – according to Greek media (https://www.protothema.gr/koronoios-live/article/1031158/merbabou-me-simaia-maltas-to-ploio-me-ta-16-krousmata-ston-peiraia/) – were taken to hotel for observation or quarantine. Tanker is to be disinfected, and after that, manned with a new crew. Who’s to watch after the ship, and maintain her, until new crew arrives? Mermaids? Poseidon himself?
Crude oil tanker MERBABU, IMO 9388364, dwt 105746, built 2008, flag Malta, manager Marine Trust Ltd., Greece (EQUASIS). 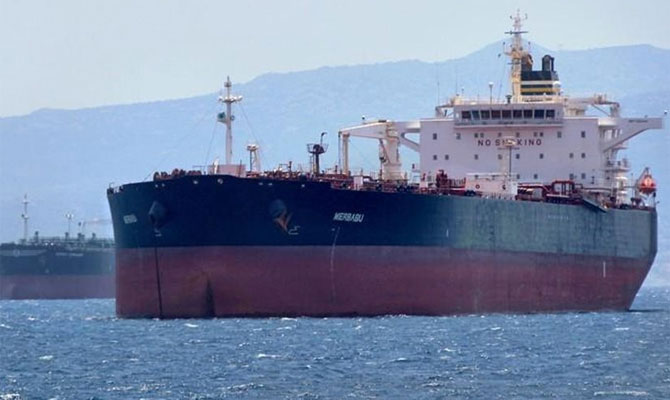 DOCTORS FOR TRUTH – SPAIN
Over 600 doctors from Spain, Austria and others countries held a large conference in Madrid on 25 July 2020 – In the spirit of TRUTH about Covid 19. They share real science, experience and success in treatment of Covid19 – dispelling all Fake News lies and suppression of cures by governments and mainstream media.
The message is very clear – we do not have to be afraid. Cures are available – we just need to make people aware and stop the totalitarian control of governments over doctors who serve the people.