The Australian Maritime Safety Authority (AMSA) has banned bulk carrier AGIA SOFIA (IMO 9706786, dwt 82045) from Australian ports for six months, after receiving a complaint via the International Transport Workers’ Federation.
“During the inspection AMSA found evidence that some seafarers on board the ship had not been paid their wages in full since August 2019. The outstanding wages total about AUD $45,000 and constitute a breach of the rights of seafarers as per their employment agreements under the Maritime Labour Convention.”
AMSA Acting General Manager Operations Michael Drake noted it wasn’t the first time this company, Marmaras Navigation Ltd, had been caught underpaying crew in Australian waters.
“In January 2018 AMSA detained another company ship, Koundouros, at Port Walcott for owing its seafarers more than AUD $7500,” Mr Drake said. “Bringing a second ship, Agia Sofia, to Australia with the same breach is inexcusable and has left us with little choice but to ban this ship from Australian ports.”
Mr Drake said seafarers were making enormous sacrifices right now by being away for extended periods of time from their loved ones, just to keep critical global trade moving. “Abusing their most basic rights to be paid for the work they are doing is shameful behaviour on the part of this shipping company,” Mr Drake said.
So you, see, it’s all about seamen and their basic human rights, nothing personal. As usual, bulk carrier was attacked by the authorities after they’ve been tipped off or ordered, by ITF. As usual, culprit – shipowner – can’t speak for himself and explain what’s happening in reality, not in ITF claims. Shipowner is guilty by definition. Now, here’s another side of the story: it may well be so, that the shipowner after his ships are banned from Australian ports, may lose charters and contracts, suffer heavy losses, and with that, become unable to cover crew changes costs, and provide timely wages payments. He may go bankrupt. What will happen to crews, is nobody’s care, definitely not ITF or AMSA. It may well be so (in fact, it is so), that here and there and everywhere throughout the world, shipowners delay wages payments, in order to remain afloat and provide crew changes. It may well be so, that the crews, the employees of this or that owner, understand the situation, and given the enormous challenges owner faces, agree to wait it out.
Each and every case of wage delay or expired contracts, presently, is unique, and is subject to very careful consideration and treatment. Thoughtless and irresponsible detentions and bans, based on ITF claims, may lead in many cases, to tragedies of abandoned ships and crews, in the midst of worldwide “pandemic” insanity.
AMSA cares so much about seamen wellbeing and safety, that recently, it launched an inspection campaign targeting cargo securing arrangements on container ships visiting Australian ports, which will run from August until October. It involves extended port state control (PSC) inspections or stand-alone inspections on vessels that are not currently eligible for PSC inspection. According to AMSA, masters and shipping lines should expect that if a cargo ship visits Australia over this period that the ship will receive an inspection.
Crews which can’t be relieved far beyond their contract dates, with many being aboard for more than a year, now will be targeted for extra inspections.
Authorities live in another world, it seems. Instead of brining to crews as much relief as possible, instead of decrease or total ban of all inspections, they ramp inspections up. AMSA, you know, the crews will soon start intentional sabotaging of all your securing protocols and safety regulations. They don’t care, they have nothing to lose, and they’re on the verge of mass psychological and physical breakdowns.
Once upon a time, I vaguely remember, Australia was considered to be a maritime nation, and a land of free. Together with NZ, UK, USA, Canada. You know what? Soviet Union, in terms of personal freedoms, was in comparison with modern West, a paragon of freedom. Why did you throw away your freedoms with such an appalling ease, guys? What did you get in return? Safety from non-existent “deadly virus”? Total control over everybody and everything? Mass migration? Green idiots and phychos? BLM? ITF? AMSA? UN/WHO/IMO? You didn’t have yet Gestapo, KGB and GULAG, but they’re coming, real soon. Their emergence, indeed, seems to be inevitable. 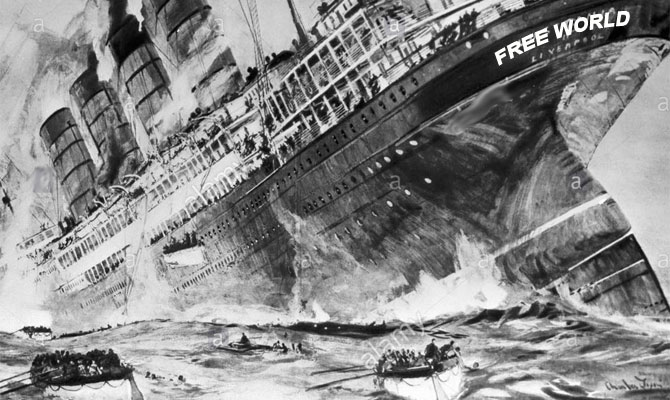