Two Palmali Group ships are detained in Ravenna Italy, after Court rule: tanker GOBUSTAN (since middle of June, according to track records), and general cargo ship SULTAN BEY, after she docked at Ravenna on Jul 16, on arrival from Istanbul. More and more ships of Palmali Group are detained or seized throughout Med region, because of company’s outstanding debts. The core problem is the owner of the Group Mr. Mübariz Mansimov himself, not because he’s a fraudster or a criminal on the run, but because he’s under arrest in Turkey, accused of assisting Turkey 2016 failed Coup. Sad story, with politics being the main and only reason of crews mishaps. GOBUSTAN 13 crew includes Russian and Azerbaijan nationalities, they can’t leave the ship even for a shore walk, let alone be repatriated. GOBUSTAN crew is supported by a seamen charity organization, seems like SULTAN BEY crew is in for the same fate.
Chemical tanker GOBUSTAN, IMO 9575321, dwt 7111, built 2011, flag Malta.
General cargo ship SULTAN BEY, IMO 9437799, dwt 6035, built 2008, flag Malta. 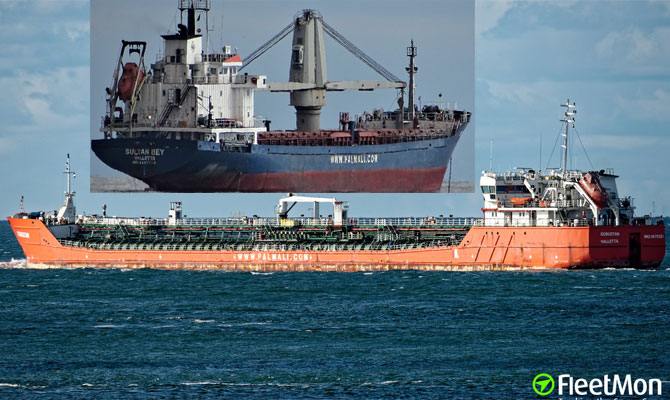