General cargo ship SOPHIA is stuck on Yuzhniy port anchorage, Ukraine, Black sea, since her arrival on Jul 8 from Istanbul. She was to dock at Oktyabrsk port, but reportedly, majority of the crew were tested positive, so the ship is put under quarantine. No details on number of test positive crew, or circumstances of testing – why and how it was carried out. Understood all crew are on board, all are healthy in all respects except this mystical “test positive” diagnosis.
General cargo ship SOPHIA, IMO 9467017, dwt 12590, built 2011, flag Liberia, manager HS BEREEDERUNGS GMBH & CO KG (EQUASIS). 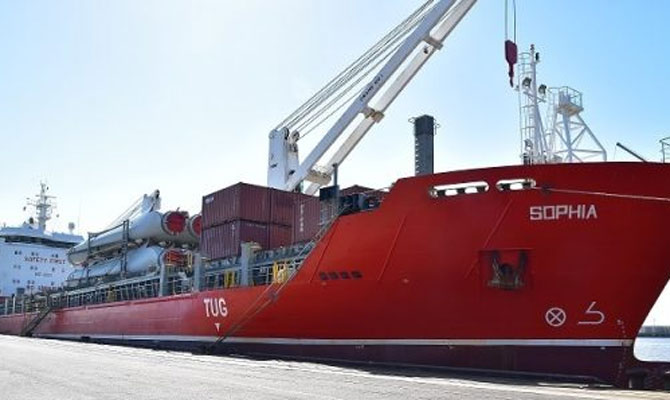