What to make of this?
All ship owners, managers, and manning officers are reminded to impress upon all signing-on crew members that they must observe their own 14 days isolation period. This is one of the primary pre-requisite conditions mandated by the MPA upon their in-principle no objection for crew change. Crewing and manning companies must also monitor and check signing -on crew randomly and frequently to ensure that the isolation regime is being complied with. The Singapore Shipping Association states that a second incident could jeopardise crew changes in Singapore and there will be severe penalties imposed for incidences of any crew landing in Singapore with COVID-19 symptoms.
Correct me if I’m wrong, but I understand this new norm as a hostage practice. Management is effectively, treated as a hostage, to ensure virus-free sign-ons. But it’s a sham, in its’ essence. To guarantee virus-free sign-0n is theoretically and practically, absolutely impossible.
Ok here’s your 14-day quarantine, with many questions unanswered – first of all, how quarantine regime is supposed to be checked, when management is situated in one city/country, and sign-on candidate in another? Second – trips to Singapore or any other port where crew change is to take place, are quite an undertaking, nowadays. It takes days and a number of transport shifts (buses, taxi, minivans, planes), including in some cases, several kilometers walk, to cross borders. Everything is grey and barely legal. Seamen have to creep through borders like your bloody spies. More than enough chances to get a virus, if there’s such thing as “deadly Chinese virus” (there isn’t).
But still, it’s not all, not the end of the story. Virus tests as of now, throughout all the world, aren’t something standard, something as sure and proven as say, test for syphilis or tuberculosis. Medics, to put it blunt, don’t know what the fk they’re looking for, whether it’s a corona virus as usual – and the majority of mankind do have such viruses (and that’s exactly what makes them immune to colds), or is it this new thing. Tests are wildly different and are interpreted, depending on today’s orders and practices – if government is after reducing the number of infection cases, the number of positive tests goes down, if for reasons of its’ own, government is after inflaming infections rate, the number of positive tests goes up. It’s a roulette, a throw of dice, a flip of coin, it’s anything but “pandemic prevention”. Well, if there’s no pandemic, what else do we expect? Everything is a sham.
To my knowledge, as of early July, there’s only one Crew Change Safe Hub in the Far East and South East Asia, and that’s Hong Kong. Responsible owners and managers already removed Singapore, South Korea and Japan from the list of potential Crew Change Hubs, as having too complicated, and now, too risky, crew change rules and practices.
So, how are we to take this new Singaporean normal? If anyone is found on arrival at Singapore to be infected, owner or management are to be severely punished with a number of penalties including of course, fines?
The Maritime Port Authority of Singapore (MPA) has already issued an addendum to the crew change application form. I find it so insane, that I won’t even cite it, take a look:
https://www.gac.com/news–media/hot-port-news/updated-crew-change-application-form/
There are many aspects in this “pandemic” crime against humanity, I’ll try to analyze all aspects related to shipping, in coming articles. 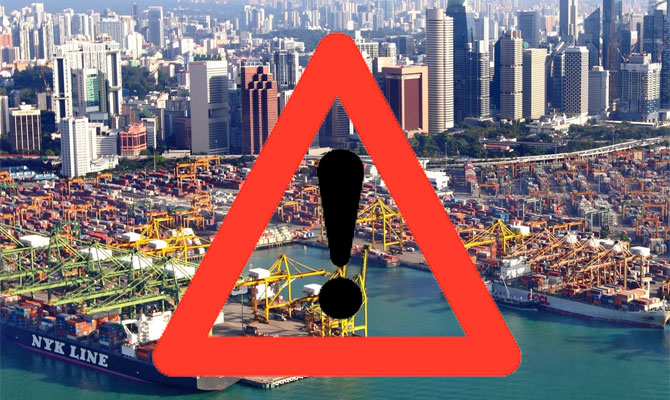