Tanker management sent a report on an accident, reporting no collision, but a contact with SBM mooring chain:
There was NO collision or contact between the Olympic Future and the FPSO.
The vessel made contact with one of the SBM mooring chains only causing superficial damage to the port bow bulwark. No pollution and no injuries. The Master and the pilot on board confirm that there was no contact between the vessels. The contact with the mooring chain was as a result of a severe gust of wind.
The Olympic Future sailed on passage to East India via Suez at 0200 hrs local time last night. 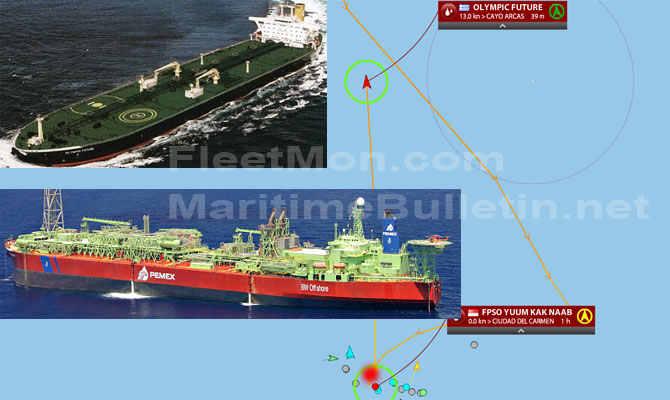