Crew changes in Thailand are becoming routine, but alas, it’s Thai-only practice, no foreign crew changes permissible, so far.
On Jun 11, 21 seamen of Thai nationality were relieved in Thailand ports of Bangkok and Laem Chabang, from 3 Thai ships: bitumen tanker TASCO ANAN (IMO 9279642, dwt 3851); general cargo ship SEA WISDOM (IMO 9576882, dwt 14411); chemical tanker PHUBAI PATTRA 1 (IMO 9481386, dwt 7177). All were taken to designated hotels (Hotel AMBER in Bangkok, hotel BELLA EXPRESS in Pattaya – both are 3-star hotels) for a 14-day quarantine.
On Jun 15, 16 seamen of Thai nationality were relieved in Thailand port of Bangkok, from container ships JARU BHUM (IMO 9796274, dwt 20026) and LALIT BHUM (IMO 9801500, dwt 19779). All relieved crew were placed under 14-day quarantine in Hotel AMBER.
On Jun 20, 6 seamen of Thai nationality were relieved in Thailand port of Bangkok, from bitumen tanker TASCO AMATA (IMO 9279680, dwt 7139). All relieved crew were placed under 14-day quarantine in Hotel AMBER.
It’s difficult to predict, what this “new normal” realm in Thailand will look like, providing there will be a “new normal”, and UN/WHO with their anti human agenda won’t be overthrown by awakening humanity. Thailand sticks to much more nationalistic (thankfully) policy, than many other countries, but Thai government and so-called “society”, presented exclusively by intellectuals, academia (including medics) and media, are closely following the main global trends, so Thailand future, as the future of the rest of the world, depends on outcome of the epic battle between good and evil in USA.
If modern bolscheviks conquer USA, there won’t be much left to talk about. We will be in for a Dystopian “new normal” worldwide GULAG, with seamen being treated as wild and dangerous animals, in full compliance with IMO 12-step crew treatment plan. There won’t be any tourism left – for us: surfs, commons, slaves, underlings. Elites though, will go on with their elite, high-end ways of life (well, they didn’t stop their luxury travel, it was and is going on). In victorious “new normal” world elites right to enjoy luxuries will be institutionalized:
Thai’s minister of toursim and sports said recently:
…The “high-end visitors” will be able to travel freely while they’re on the island and be allowed to leave for home or other destinations in Thailand once the minimum 14 days have passed. The country plans to court such visitors, possibly during the winter months of November-February when European and American travelers seek out warmer climates.
“One person can easily spend as much as five by staying at the finest hotels,” he said, adding that full and free travel should become a “thing of the past.”…
https://www.bangkokpost.com/thailand/general/1937704/thailand-to-turn-away-from-mass-tourism-target-the-wealthy
Take a guess where in this UN Agenda 2030 society pyramid will be seamen? On top equalling elites, or in-between, equal to guards and Marxist clergy, or deep below, in the basement, with the rest? Photos of widely touted recent crew changes in Singapore and other “Crew Change Hubs” speak for themselves. Seamen are treated like dirt.
Nothing good awaits seamen in a “new normal” world. Humiliating “crew change” practices, shore leave restrictions/bans, total control while seaman is on board including private communications, 24/7 video surveillance, private computers and phones regular checks, vaccinations, regulations and rules on each and every step and movement, zero-tolerance towards anything they (new gods of the world) declare harmful or hateful…
In a moderate scenario, with chaotic “new normal” practices, determined by each nation more or less independently, Thailand will hardly develop into a popular “Safe Crew Change Hub”, without restrictions or with as few restrictions as possible. It will be something in-between, and hopefully, authorities will apply to foreign crews the same rules they apply to tourists, businessmen, skilled workers, etc., not these insane 12-steps guidelines, concocted by IMO and “maritime organizations”.
Thailand Government is planning to allow foreign nationals back into the country, starting Jul 1. About 50,000 foreigners are likely to visit the country under the new rules:
About 30,000 people expected to arrive for medical and wellness tourism.
Others include about 15,400 skilled workers and experts; 2,000 teachers, educational personnel and students; 2,000 foreigners with Thai families or with residences in Thailand; and 700 business people and investors.
Long stay visitors will have to undergo 14-day quarantine.
Short stay visitors will be tested for Covid-19 both before and upon arrival, have health insurance and will be monitored by medical personnel.
Government is planning to open so-called “travel bubbles” with countries, deemed free from disease, top candidates being China and Japan, NZ was also mentioned.
But more or less mass visiting is not to be expected anytime soon, not before September at the very least. It is rumored, that the EU flights may be resumed sometime in November.
Not any published or spoken plans specifically mentioned seamen and crew changes, and the key role they play in supporting economy and supply chains. Maybe it’s for good, in the long run, because it means, that the seamen, on arrival and departure, will be treated like any other human being, not like wild extremely dangerous animals.
Voytenko Mikhail
June 28, 2020 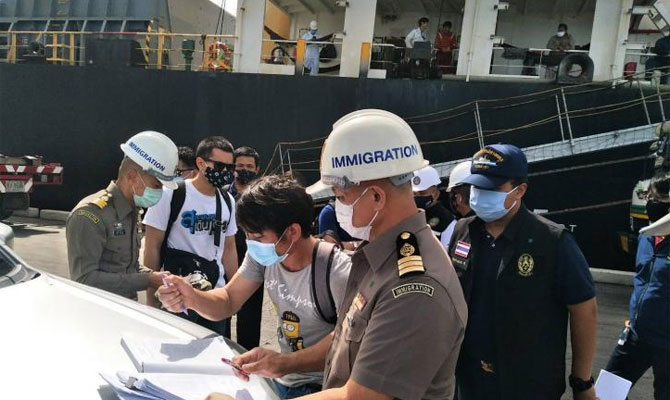 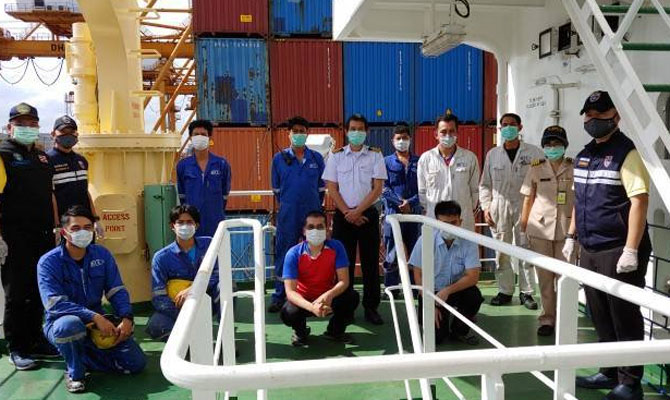 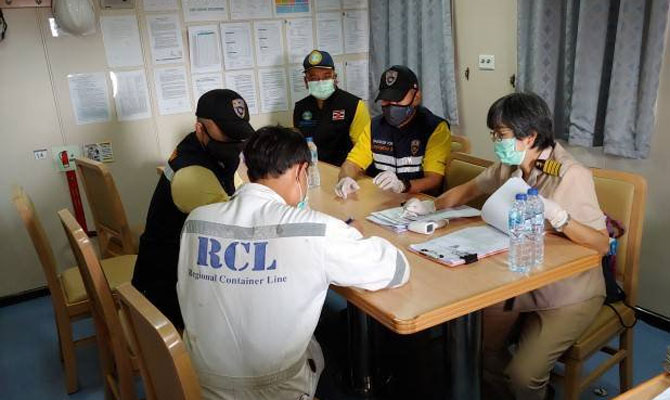 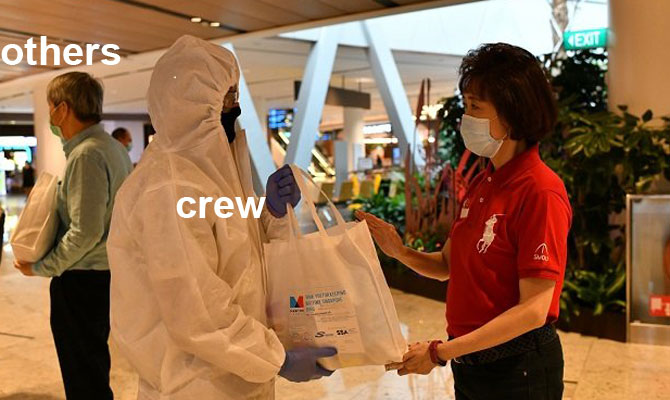 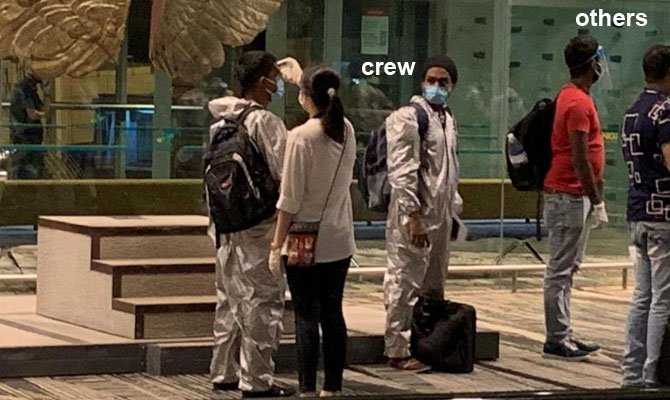 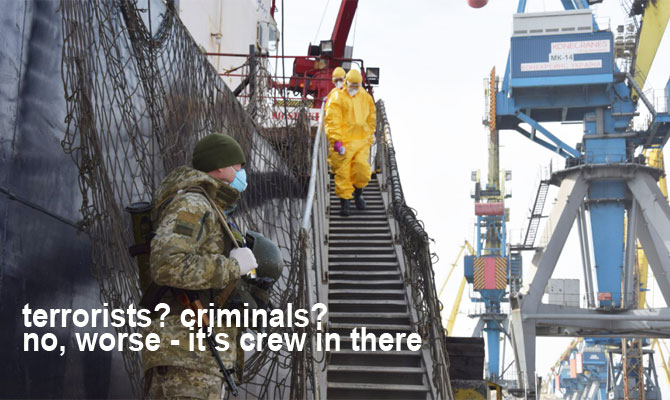