“This year, the Day of the Seafarer campaign focuses on the calls to recognize seafarers as key workers and to provide them with the support, assistance, and travel options open to all key workers during the pandemic. The IMO goal is to use the activities to highlight that seafarers are playing an essential role in maintaining the flow of vital goods…”, bla-bla…
I wrote recently, that national Maritime Administrations will soon clamp down on ships for crews expired employment contracts and certificates, and here we are, process already started. The bitter irony of all of it is, each and every aspect of “pandemic” disaster is man-made. For decades all of them – all those, who’re now so deeply concerned with seamen welfare and health – IMO, ITF, ICS, BIMCO, the International Association of Ports and Harbors, INTERCARGO, INTERFERRY, InterManager, INTERTANKO, PSC, national Maritime Administrations – were relentlessly and malevolently knitting the deadly net of regulations, rules, certificates, employment contracts, PSC control, etc. etc. With one and only goal in mind – to put shipping, from small and middle sized shipowners (SME) to seamen, under total and absolute control. And now those organizations have to somehow, flip and bypass their own net, or else there won’t be anything left to control and rule, with looming total collapse of global shipping.
What is this “pandemic”? For anyone not drugged by mainstream into a state of total mindlessness, it’s absolutely clear, no secret and no mystery. The whole story is a sham, a hoax, staged by CCP, UN/WHO, with wholehearted support of US Dems and all the mainstream. The majority of governments worldwide, after they grasped the idea, immediately and enthusiastically stick to “virus” sham. Their wildest dreams came true, never before did they exercise such a limitless power and control over their own folks, their own people. Governments are happy.
Shipping found itself literally, stuck between rock and hard place, plus total lack of unity in shipping community, with absolutely all of shipping legislative and enforcement bodies being deeply hostile to true interests of shipping, including interests of SME and seamen.
Definition “key workers”, by the way, is absolutely anti human and derogatory. We’re all “key workers”, for elites knowledge. The only non-essential people around are the elites, illegal migrants and other types of parasites. Say, a seaman (miner, truck driver, office worker, janitor, etc.) and his wife were saving for years, to take their children to tropical paradise island or to a trip around European medieval castles and museums. Aren’t they “key workers”? Yes they are, unlike staffers of UN, WHO IMF, WEF, MO, ITF, ICS, BIMCO, the International Association of Ports and Harbors, INTERCARGO, INTERFERRY, InterManager, INTERTANKO, PSC, national Maritime Administrations, governments, mainstream and so on. Honest hard-working men and their families are all-important for world and mankind, but parasites aren’t.
You’ve been silent for way too long, shipping folks. You still stay silent. Maybe you hope, that parasites will undergo a deep moral transformation, declare themselves to be parasites, and eliminate their deadly net of control and rule? No, they won’t, no chance. It’s a simple and clear low-life street mob psychology and street law – low-life mob understands only the law of strength, and responds only to strength and resistance. 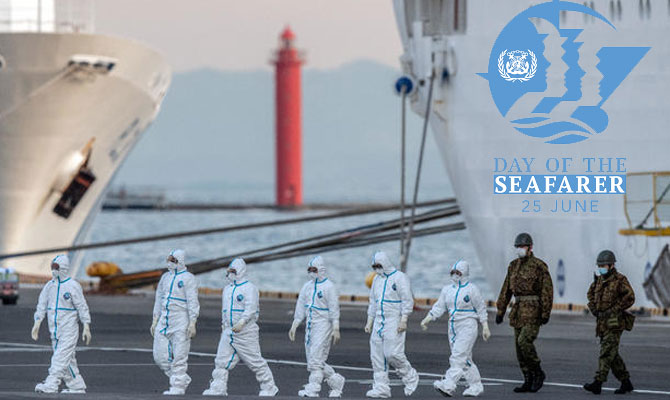