A mysterious ship wreck was spotted on Google Earth in Pelabuhan Ratu Bay, southwest Java, Indonesia. Locals, including fishermen, don’t know, or don’t hear, or didn’t see, anything, so they can’t explain where this shipwreck come from. One elder recalled though, that there was a maritime accident or disaster, sometime back in 60-,70-th. No records, no archive news, nothing, though the ship, clearly seen on Google map, is of quite substantial size. Her looks, though, aren’t those of 60-70-th architecture, the ship seems to be more modern – look at aft superstructure with bridge wings, and holds, it’s quite a modern design.
Any ideas, any information?

UPDATE: Mystery seems to be solved – I personally, don’t know much (anything, frankly) about ghost GE images, but this one is definitely a ghost image, lens trick or as one of the commentators surmised, a shadow, but ship on photo dated 3/20/2019 is the ghost ship, no doubt about it. Photo was posted on Twitter in comment to my news, by Nikolai Sindorf @niksin24
Indonesian authorities, alerted by widely spread “ghost ship” news, checked records and archives, and didn’t find any ship wreck or maritime disaster leading to ship sinking, in these waters. Local old fishermen, nevertheless, insist that there is a shipwreck in this exact position, known among coastal fishermen as “Badong”, and popular because of fish abundance.
Jose Jurado https://www.facebook.com/jose.jurado.5437923 sent one more example of ghost ship GE images. The ship seems like she’s beneath the waves. 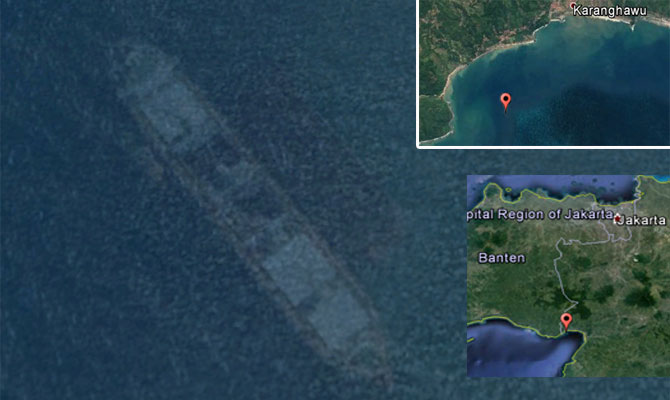 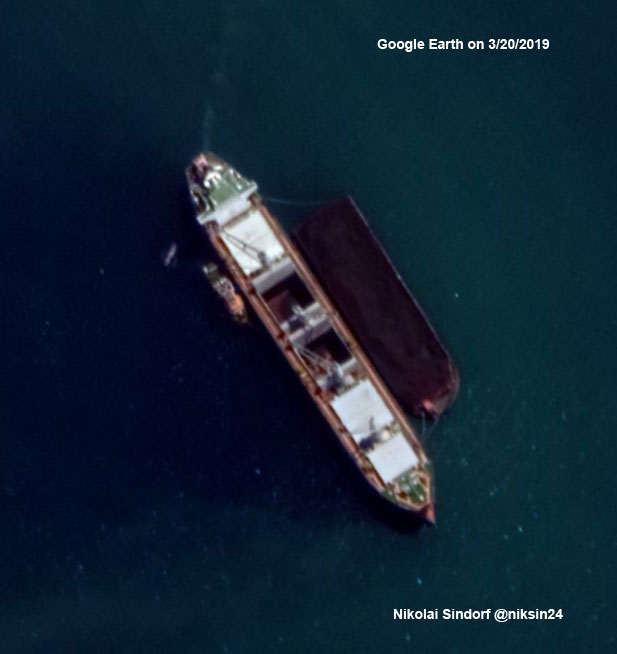 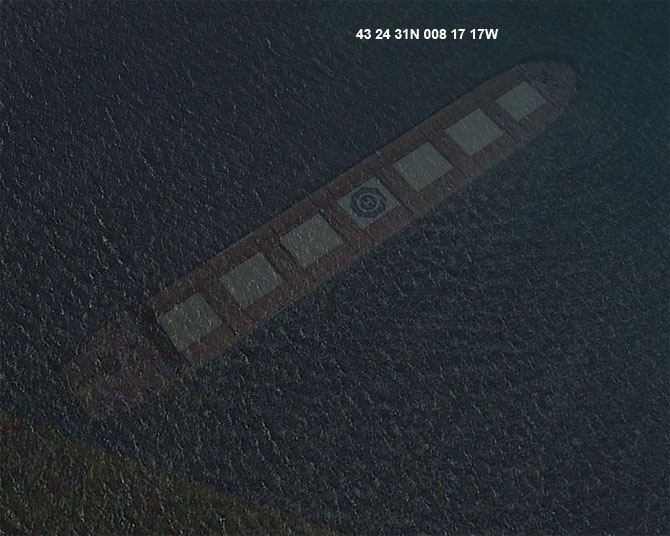