Fire erupted on board of Thai general cargo ship BANGPAKAEW in cargo holds area, at around 1530 LT (UTC +7) Jun 16, when the ship was under way, moving from Vung Tau to Ho Chi Minh City port. Unattended to fumigation tubes are thought to be the source of the fire, while cargo of cattle feed was under fumigation. Fire was extinguished by 1830 LT by joint efforts of crew and port authorities. No injures reported, extent of cargo damages unknown, but rumored to be small.
General cargo ship BANGPAKAEW, IMO 9187801, dwt 7481, built 1998, flag Thailand, manager WONG SAMUT NAVIGATION CO LTD, Bangkok. 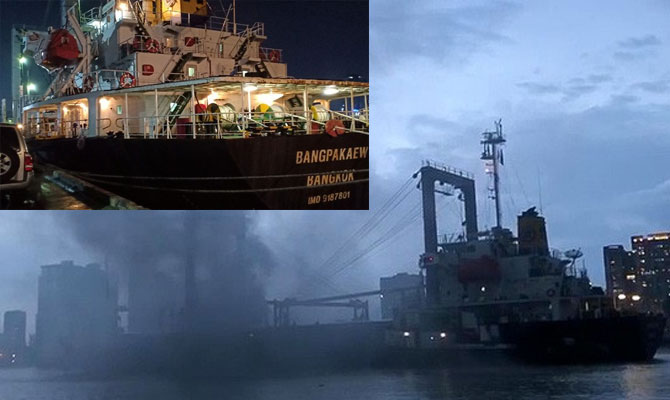