I have a lifelong hobby, I’m interested in the history of the Soviet Union, and in theories and practices of the leftist idea. So as a former Soviet citizen, I know quite a lot. I am not surprised at all, at striking similarities between present day racial-pandemic-climatechange revolution in the US, and Bolschevik revolution in Russia. There are many ways to Temple, and there’s only one way to socialist Hell. Leftists idea is the most primitive, barbarian, anti human, anti progressive and anti scientist, idea, ever born by mankind. That’s why it repeats itself, in its’ theories and practices. Leftists are very cunning in tactics, but total failure in strategy. They always lose, in the long run. But as of now, they’re winning, they’re inch away from total control and total power, this time not over one country (Russia), but the whole world.

Check-List:
You all think sexual revolution occurred in the sixties in the West? You’re wrong. During years of Revolution and Civil War in Russia, all kind of sex and sex perversions were welcomed, and declared legal. Check.
Unlocking prisons and letting out all criminals? Russia, year 1917 – it was the first thing radicals did after toppling Tsar, while preparing to topple legitimate Provisional Government. They needed all the scum at their side, they needed foot soldiers, cannon meat, to carry out riots and finally, their socialist revolution. They got the scum they need. Check.
Rallies and riots in Capital, with ultimate goal of storming White House (Winter Plalace in S-Petersburg), and overthrowing legitimate government. Check.
Kneel cult and mass repentance for “white crimes” – one of the most repulsive, immoral and anti-human practices of the leftists, widely spread in Boleschevik Russia, in Communist China and Korea, in other countries occupied by communists/socialists. In Russia, adults were humiliated and destroyed for being “capitalists”, nobility, officers, clergy. Their children were considered and treated as potential criminals, because of their origin, of their inborn sin. They were subject to purges, to all kinds of abuse, and of course, to kneel practices. Check.
Looting – in Russia, practice of looting was widely spread, instigated and legitimized by bolscheviks, they call this practice “expropriation of the expropriators”. Check.
Identifying one enemy, one deadly sin, responsible for everything bad and evil. In communist countries, it was capitalism, and ruling class. Now it’s “white racism” and white race. Well, bolscheviks didn’t go that far, they weren’t planning to wipe out the whole races (Hitler didn’t plan it, either), but don’t you credit them with humanity for that – they already had their main enemy to be totally, physically, destroyed (and that’s what they managed to do, killing dozens of millions of people, “guilty” of wrong origin). They had capitalism and all those whom they recognize as “oppressors and expropriators”, from clergy to military officers, from independent farmers to SME. These modern bolscheviks ran out of enemies, so they naturally, invented the biggest enemy of mankind in known history, labeling it as a “white racism”. Check.

Bad things happen. Any hope left?
I can go on and on, the present mess in the US is exact replica of a mess in Russia during Great October Socialist Revolution, in 1917, down to smallest details. No wonder, I repeat. Nothing to be surprised at.
I wrote recently, that leftists/globalists will try to somehow, unite it all – Climate Change hoax and Covid hoax, to make them look like entangled problems besieging mankind. Now we have got it, and more. Now it’s three in one – “white racism”, Climate Change and “deadly pandemic”, with “white racism” being at the root of all evils of the universe. Read this, to get the idea: https://www.e-mc2.gr/el/news/nasa-scientist-dr-kate-marvel-links-climate-change-white-supremacy-well-never-head-climate I don’t know, maybe the author of this lunacy was once a scientist, but now she resembles a black witch in a B-rated horror movie. Or take a look at NZ she-fuehrer, what she does and says.
There’s still a ray of light, a diminishing hope, that the US will remain standing, will defeat leftist/globalist attack, and launch a counter attack. Let’s pray and assist them in their struggle, with what we can. If they fail and Dems/globs occupy USA, I can’t even say “God help us all, then”. He won’t, I believe. Enough is enough. We have had everything, in the open. We could and should strangle the viper long before it came to what it came, to this insane, inhuman “new normal”. We failed.
Shipping, by the way, is de-facto, already under globalists control.
Voytenko Mikhail
June 8, 2020 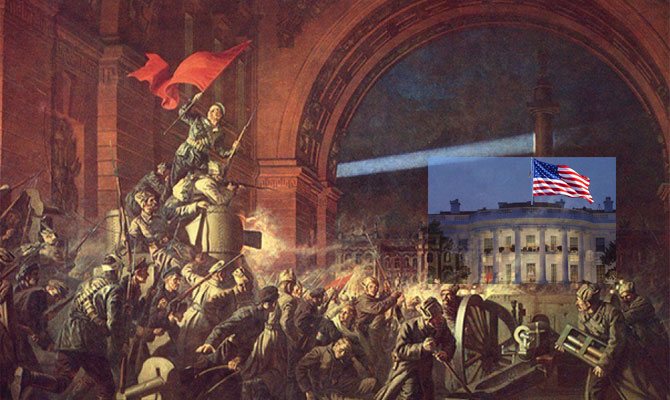