An email was sent to all ships managed by a company, reporting abnormal phenomenon, which occurred on board of one of the ships of this company, Aframax tanker, early in the morning May 31. The ship slowly but steadily, went out of control, with magnetic compass deviating from that of gyro by some 230 deg, speed reduced to dead ahead, notwithstanding the engine being in full ahead regime. 4 ships in the vicinity are said to close on each other and tanker. Tanker is en route to Cape Town, she resumed sailing some 5 hours after phenomenon started.
I checked all ships and tracks in this area, W of Cape Town, and figured out tanker in question, but will withhold ID information until hopefully, more details will come up.

UPDATE: I’ve checked 3 vessels which passed the site at the time when it happened, not one of them showed any sign of reducing speed and changing course. Probably, the whole “abnormal phenomenon” report is a hoax to cover-up mechanical breakdown and delay. 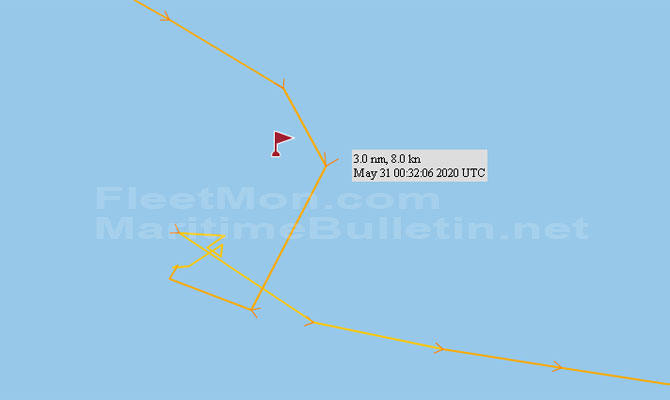