Product tanker STENA PREMIUM with 27 crew on board is stuck at Cabedelo, Brazil, since Apr 24. Twelve crew were found virus test positive, all of them remain on board, understood nobody is in need of hospital treatment, or any treatment, with that. The National Health Surveillance Agency (ANVISA) is to run serological (antibody) tests to determine crew fate, and whether the ship may be released, or is fated to remain in port until President Bolsonaro will be removed from his post. Understood Master of the ship demanded from authorities to find a solution, and free tanker. ANVISA said that tanker probably, will be allowed to leave with “infected asymptomatic ” crew, while those who’re found not to be fully “asymptomatic”, should be moved to hotel.
Isn’t it crazy? Roughly, Brazil has more “virus positive” cases among merchant mariners, than the rest of the world, taken together. Does an evil virus activate itself only in Brazilian waters, or does ANVISA do what it is doing, in order to compromise Bolsonaro? And seamen are nothing more than pawns in this war, helpless and defenceless victims?
Product tanker STENA PREMIUM, IMO 9413523, dwt 65055, built 2011, flag Bermuda, manager CONCORDIA MARITIME, Sweden (EQUASIS). 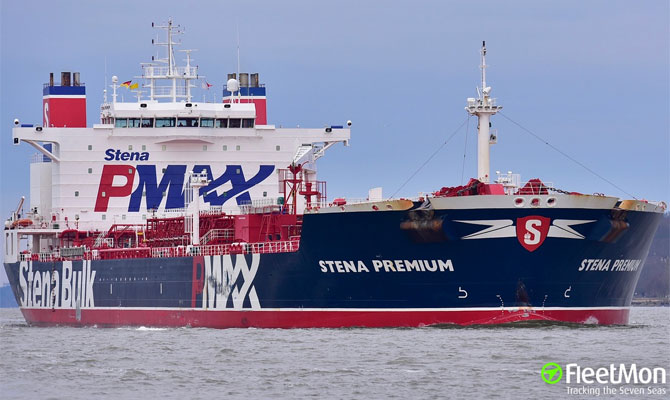