Fire erupted on board of general cargo ship SAN TRELA, docked at Almeria Spain, early in the morning May 25. Fire was quickly extinguished by fire engines, but in some 3 hours it rekindled, so firefighters had to be called again. Fire was extinguished, extent of damages unknown, but the fire wasn’t major one. The ship is understood to be either abandoned or in a lay-up, latest AIS dated May 2015. She’s reportedly, to be auctioned.
General cargo ship SAN TRELA, IMO 6602977, dwt 1160, built 1965, flag? manager? 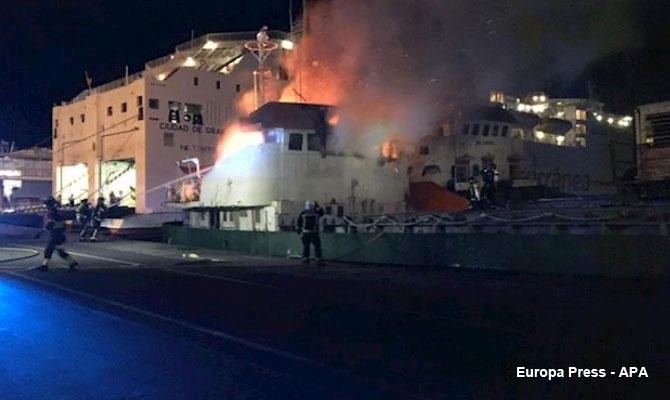