May 22 UPDATE: No drugs found, released, resumed sailing in the morning May 22.

Livestock carrier NEAMEH early in the morning May 21 was intercepted while transiting Gibraltar, and taken to Algeciras Spain, on a suspicion of drug trafficking. The ship with cattle shipment is en route from Cartagena Colombia to Damietta Egypt. She was berthed, search is under way, nothing found so far. Hopefully, nothing finally, will be found, and the ship will be cleared to continue voyage. The reasons to suspect ship in drug trafficking, which led to her seizure, aren’t disclosed.
Livestock carrier NEAMEH, IMO 7903029, GT 6398, built 1979, flag Panama, manager ALBERT COMPANIA NAVIERA SA, Jordan. 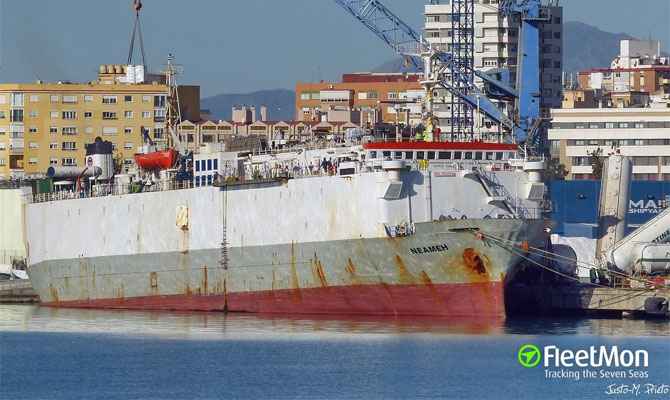