May 22 UPDATE: Crew managed to muster in citadel, and wait out the attack, pirates left the ship without hostages taken, fearing approaching naval ships. Crew is safe. The ship was boarded by reportedly, 7 armed pirates. It goes without saying, that the pirates looted cabins and service compartments, taking with them all they could take.
The ship resumed sailing towards Douala in the evening May 21, but in the morning May 22 she suddenly turned west, and as of 0630 UTC was steaming west at some 11 knots speed, port of destination still Douala.

Cargo ship was attacked in Gulf of Guinea SSW of Bonny, Nigeria, at around 1600 UTC May 20. The ship wasn’t identified in piracy alert message, but according to tracks, positions and time, attacked ship is highly likely, Polish general cargo ship ESL AUSTRALIA, en route from Takoradi Ghana to Douala Cameroon. As of 1700 UTC May 20, the ship was either disabled and drifting, or proceeding at slow speed. Usually it means, that pirates boarded the ship and took her under control. No other information available at the moment.
General cargo ship ESL AUSTRALIA, IMO 9365661, dwt 17356, built 2007, flag Cyprus, manager EUROAFRICA LINIE SP Z OO. 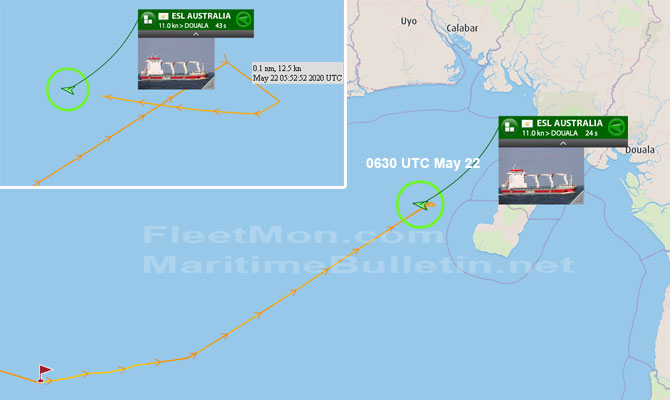 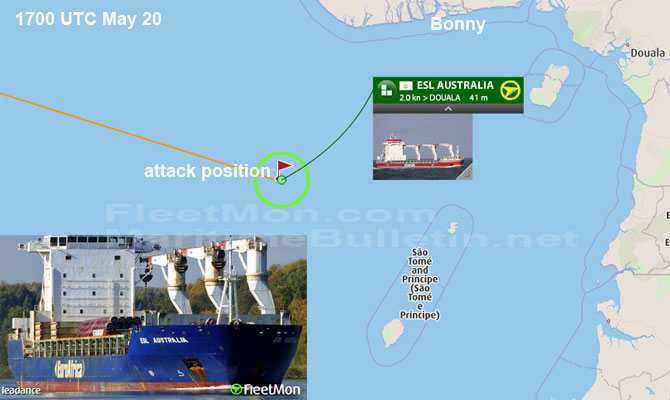 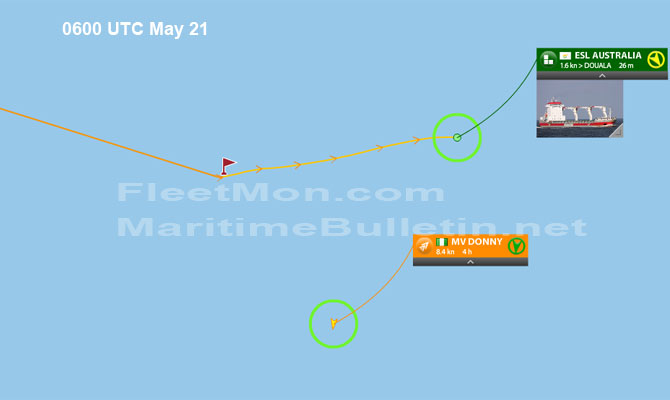