Fire erupted in engine room of Philippine Navy patrol ship BRP Ramon Alcaraz at night May 6, shortly the ship left Cochin India, together with patrol ship BRP Davao del Sur (LD602), with cargo of donated personal protective equipment. Fire reportedly was extinguished by crew in about 10 minutes. 2 sailors suffered burns, to be airlifted to Cochin hospital. Understood ship’s machinery sustained damages, it is not yet known if the ship is to continue voyage to Philippines, or to return to Coching for repairs.
BRP Ramon Alcaraz (PS-16), MMSI 367270000, offshore patrol vessel in the Philippine Navy, built 1968, decommissioned from US CG in 2012, acquired by Philippines. Displacement 3250, speed 29 knots, armament guns. 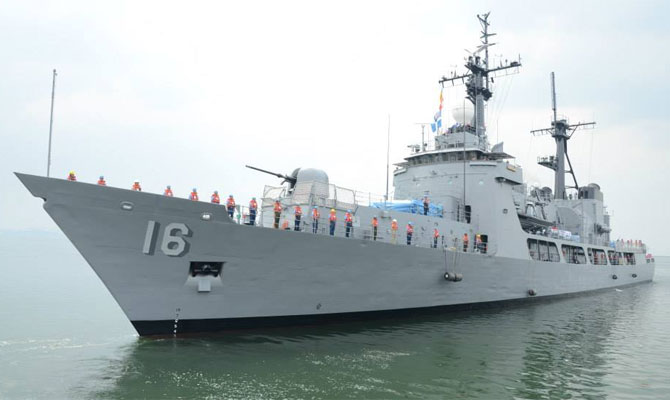