I wrote recently, that cruise industry is in danger of extinction, to be banned from existence, because it is harming our dear planet and mother nature. I think I was wrong. This is not the way of globalism, it doesn’t kill on the spot, shoot-at-sight style, it strangles all what it doomed to extinction, in accordance with UN Agenda 2030. “Social distancing” is one of the hot topics of the day, and elites already promised us, that this insane and inhuman “preventive measure” will last well into future. Cruise companies already responded by plans to cut passenger capacity in half or more. Cruise liners will take on board twice less tourists, at least, to keep this damned “social distancing”. One outcome is absolutely obvious – it will skyrocket cruises costs, making them unavailable for many people.
Now, what about aviation, commercial flights and air travels? Same story. They’ll have to tear away at least half of seats in their planes, to fit in new rules, and be granted with permission to resume the flights. Again, the outcome is obvious – the cost of air travel will land many people, those who could afford flights recently, but not anymore.
The same can be said about trains, buses, ferries – their costs will also rise.
If all said come true, it will among other things, obliterate low-cost tourism and travel. Backpackers will be extinct, as species. Not that I feel sorry for them – the majority of backpackers are Western millenials or GZs, indoctrinated and poisoned by Western communist “education” and mainstream, always eager to support any insanity if it’s in mainstream trend. Ok guys, here’s your dream coming true – green sustainable planet, freed from dirty smelling commons, including backpackers. You may enjoy your new brave world, watching BBC-HBO-… documentaries and live shows with elites posing themselves in pristine environment. I know how does it feel, I’m from Soviet Union. Real soon, you’ll join me in this very sad knowledge. Beauty and planet for elites only. If you want something colorful live, go watch multicultural diversity in your neighbourhood. 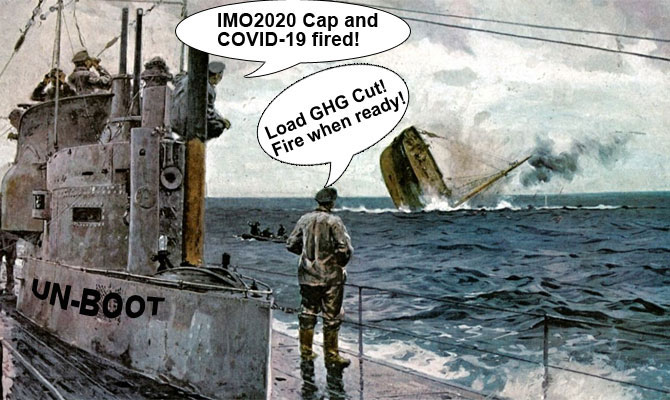 Vietnamese shipping is on the verge of collapse and mass bankruptcy. It’s not my opinion or my words, it’s how they themselves assess their present situation. They singled out two near-death blows the shipping suffered since the beginning of this cursed year. The first is IMO 2020 Cap Regulation, which battered shipping with the whole bunch of problems, low-sulphur fuel cost being only one of them. Operating costs also experienced dramatic rise, because new types of fuel require new spares and a lot of maintenance works, or else ships face regular breakdowns. The second is, of course, coronavirus paranoia or insanity or planned campaign, whatever. We can’t yet estimate or fathom the depth of the economical and social abyss we’re freefalling into.
There’s the third blow to send shipping into knockout – it’s a much touted Green Gas Emission cut, and even more touted goal of making shipping emission-free by year 2030 or 2050 or whatever, it doesn’t really matter. By year 2030 we’ll either defeat globalism and its’ attempts to rule us all, or find ourselves living in one big worldwide concentration camp, one big GULAG, or fall into total chaos and social/economy collapse. Whatever outcome will be, Climate Change will not be on the agenda. Climate Change and “deadly disease” hoaxes are nothing more than useful tools or weapons, in globalists fight for total control and absolute power.

Let’s assume I’m a true believer in Climate Change and covid-19 “deadly pandemic”, but with that, I still care about humans and human life. What will be the logical way to somehow, mitigate unfolding ideal economical and social mess and chaos, thanks to “preventing virus” campaign? How should I, true believer in Climate Change and virus, respond to global disaster? There’s only one way, be I in position of power to do so, the way of declaring moratorium on all and every present and soon-to-be implemented “environmental” regulations, or indeed, any regulations, which hamper shipping and threaten supply chains, until shipping and economy recover.
To be an environmentalist means to be cursed with exceptionally low intellect, but even say, greta may add two and two and guess a right answer (or maybe I’m too naïve). World shipping is heavily wounded, it’s in a drastic decline shift, with ever increasing number of idled ships. That is to say, that the emissions are on the decline also. There’s absolutely NO NEED in any new emission cuts, now or in near future, simply because emissions already declined and continue to decline. Why all that rush, at the cost of disrupting supply chains and endangering lives of hundreds of millions of people? The way the things go, we’ll get near zero-emission shipping much sooner than planned by the UN cannibals and their catastrophic green agenda.
Under present circumstances, pursuing “GHG cut” goals means something else, some other goals, not that nauseating “environment concern”. Well, the goals didn’t change, read UN Agenda, Rockefeller reports, WEF materials, listen to Gates and co., it’s all in the open. IMO and all – all without exception – so-called maritime organizations, are just soldiers in this power war, carrying out masters’ orders.

Read history, folks. Nothing is new under the moon. Lenin and his crazy mob of bolscheviks came to power in Russia on the wake of total economical and social collapse, seeds of which they themselves sowed, and did whatever they could to wreak havoc. They unleashed a civil war, to remain in power. That’s the Way of leftism. Was, is and will be.
April 23, 2020 P.S. continued below Ads: That’s how flights will look like when re-open.

P.S. That’s how flights will look like when re-open.
Passengers can only occupy every other seat.
Social distancing must be strictly observed at check-in counters and during embarking and disembarking.
No food or drink can be served on the flight.
Special seats must be reserved for risky passengers for routes longer than 90 minutes.
Crew members must wear masks, face shields and gloves.
Passengers are required to always wear a mask.
Passengers need to have their own mask and are not allowed to bring food on the plane. For flights that are longer than 90 minutes, airlines must reserve seats at the back of the plane for passengers who show symptoms of Covid-19, he said.
Feeling safe now? 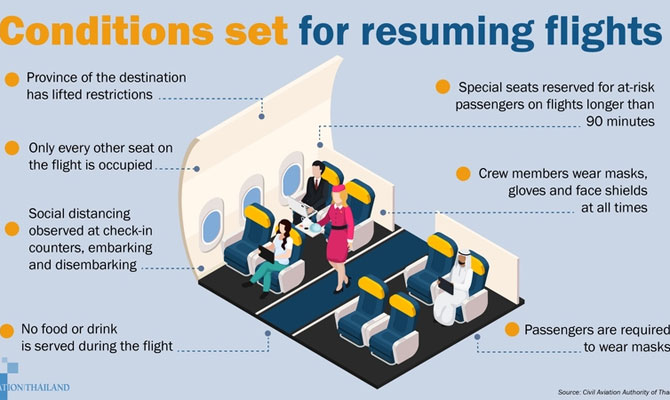