Master of cruise ship saved people he was responsible for, from a very bad possible outcome, be the ship seized by Venezuela.

Apr 2 UPDATE: Cruise ship with 35 maintenance crew on board (no passangers) was positioned outside Venezuelan territorial waters, when she was approached by NAIGUATA and ordered to sail to Puerto Moreno on Isla De Margarita. Warning shots were fired, Master of RESOLUTE (RESOLUTE indeed!) refused to obey and maintained her course. From RESOLUTE owner statement:
… the navy vessel approached the starboard side at speed with an angle of 135° and purposely collided with the RCGS RESOLUTE. The navy vessel continued to ram the starboard bow in an apparent attempt to turn the ship’s head towards Venezuelan territorial waters. While the RCGS RESOLUTE sustained minor damages, not affecting vessel’s seaworthiness, it occurs that the navy vessel suffered severe damages while making contact with the ice-strengthened bulbous bow of the ice-class expedition cruise vessel RCGS RESOLUTE and started to take water…
NAIGUATA sank, but RESOLUTE, as it came out, didn’t flee, she “…remained for over one hour in vicinity of the scene and reached out to MRCC Curacao, and sailed away only after receiving the order to resume passage full ahead by the MRCC and that further assistance is not required”.
So, there’s nothing much else left to talk about, except to laugh and to applaud RESOLUTE Master. Not many – if any – similar cases in naval history, when defenceless passenger ship sunk Navy battleship, and went away with it.

Apr 1 UPDATE: I’ve been correct in my assumption, that the decision to flee was justified, or so it seems, judging from updates published by local sources. According to Curacao media and their information, ANBV NAIGUATA did attempt to seize cruise ship and take her to Margarita Island, east of Tortuga, under a dubious pretext of “violation of Venezuela territorial waters”. Ships navigating in these waters enjoy the right of free passage, so it looks like an attempt to hijack cruise ship. That explains this strange leg in ship’s track and unexplainable Tortuga approach.
Captain of cruise ship is to be commended for his exceptional personal bravery and seamanship skills. He saved his crew from a very harsh ordeal, and called all fire on himself, because he’s to be the main target of Venezuelan wrath and lawsuits and so on.
Why did Venezuela decide to seize cruise ship? I guess, mainly for monetary reasons, though authoritarian regimes are absolutely unpredictable, when it comes to their lawless acts and reasons behind such acts.

Venezuela Navy Patrol Ship ANBV NAIGUATA (GCG-23) sank after collision with cruise ship RCGS RESOLUTE early in the morning Mar 30 northwest of La Tortuga island, Venezuela, Caribbean. Patrol ship was patrolling whatever she was patrolling, cruise ship was on Buenos Aires – Willemstad Curacao run, berthing there same day. According to Venezuelan Military command, RCGS RESOLUTE “in a cowardly and criminal manner fled collision site and didn’t try to rescue the crew of sinking ship”. All 44 crew of ANBV NAIGUATA were rescued, details unknown.
It is not known if there were passengers on board of cruise ship. Here’s the problem – Master of cruise ship could be so scared of possible Venezuela respond to collision, that he decided to flee. However cowardly or criminal his actions may look, he has his point, being afraid of Venezuela, inevitable arrest of the ship and following repercussions. Much more so if the ship had tourists on board. Venezuela is notorious for seizing absolutely innocent merchant ships and crews, and treating them like criminals. What should Venezuela do in this case, is anyone guess, but fair and impartial investigation seems highly unlikely outcome. One more issue – cruise ship was steaming towards port of destination, no dire straits or restricted fairways, and how did Navy ship manage to be hit by passenger ship, is anyone’s guess, too. It tells a lot about Venezuela Navy seamanship.
All in all, this story may be considered as a story with happy end. Nobody died, cruise ship with dozens of crew and probably, passengers, avoided very unpleasant arrest with unpredictable results, the only loss being Navy ship. No big deal, I’d say. One Navy ship more or one less, who cares? Master will be punished if found guilty, in Curacao or anywhere else, but one thing is for sure as of now – he already saved people he was responsible for, from a very bad possible outcome, be the ship seized by Venezuela.
Venezuela Navy Patrol Ship ANBV NAIGUATA (GCG-23), callsign YWKR, displacement 1453, length 80 meters, built 2009 Spain, commissioned 2011, armament artillery, electronic warfare equipment, helicopter, complement 34.
Cruise ship RCGS RESOLUTE, IMO 9000168, GT 8378, built 1991, flag Madeira, capacity 184 passengers, crew 125, operator Columbia Cruise Services. 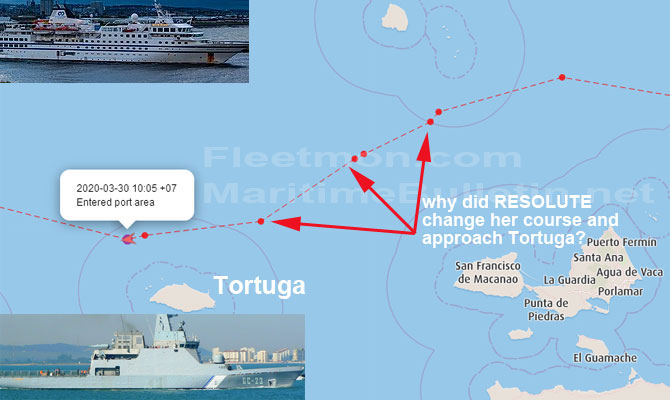 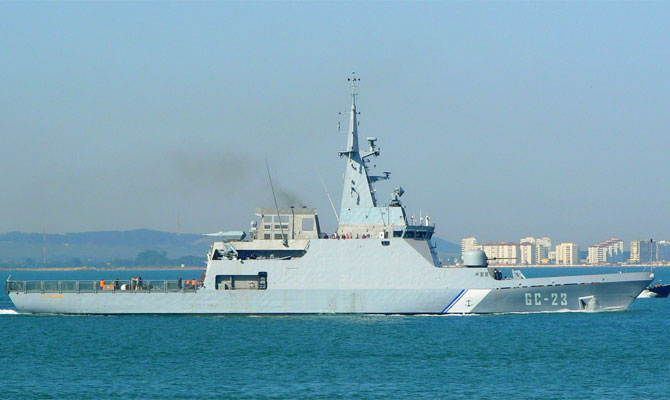 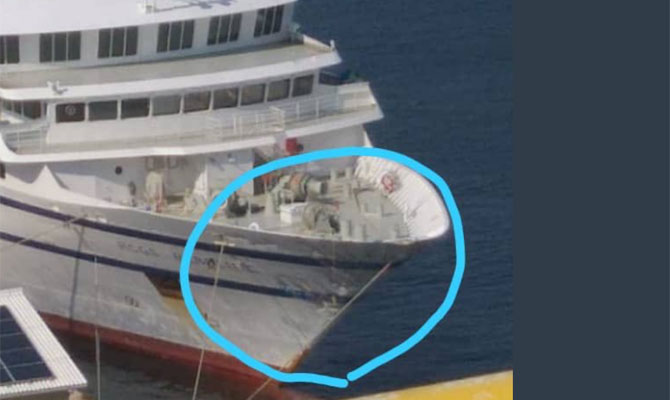