Cargo ship was attacked by pirates in Gulf of Guinea at 1006 UTC Mar 25 SW of Port Harcourt, Nigeria, while en route from Calabar Nigeria to Port Owendo Gabon. DRYAD GLOBAL have reported that one speedboat with 7 attackers on board was in the vicinity of the ship, with no other details. According to track, the ship changed course after attack and was sailing at a reduced speed for some time, later returning to course and gathering way to a full ahead. Hopefully, attack was thwarted, by maneuvering or by armed guards, if they were on board.
Bulk carrier SCARABE, IMO 9712967, dwt 60435, built 2015, flag Greece, manager NIOVIS SHIPPING CO SA. 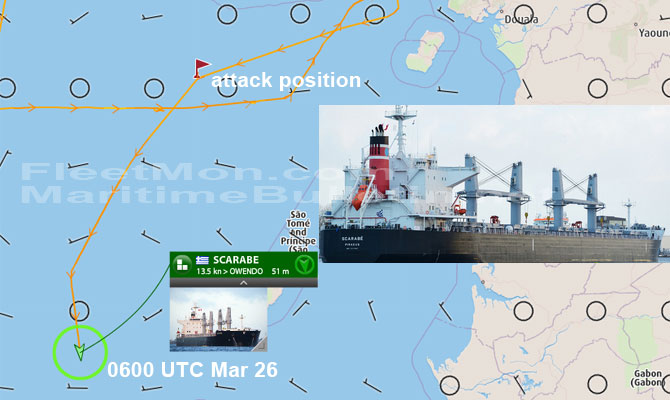