Mar 23: Tanker arrived at Benghazi on Mar 13 from UAE, allegedly with cargo of jet oil for Libyan National Army (LNA), adversary of Libyan Government of National Accord LGNA. Tanker left Benghazi on Mar 16, went off AIS radars on Mar 18, being in Gulf of Sidra, and reappeared on Mar 22, issuing distress signal. LGNA in its’ statement said, that tanker was seized by LGNA in the evening Mar 22, to be taken to LGNA-controlled port for investigation. As of morning Mar 23, tanker was already in Misrata waters. Not clear what happened, and whether there was an explosion or not. 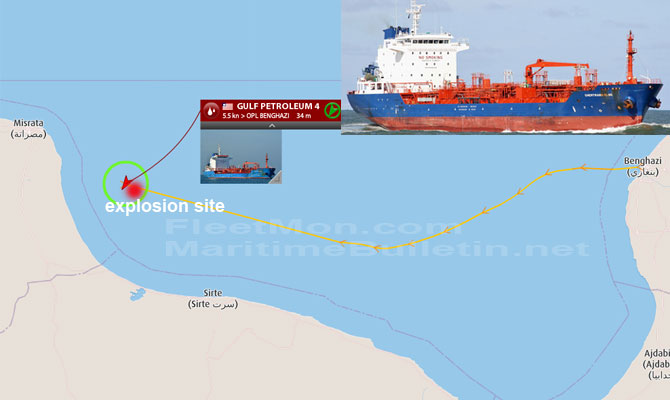