Mar 21 UPDATE: 24 crew safe. Crew includes 9 Korean and 15 other nationalities. It is believed as of now, that the ship hit the reef, was holed and sank. 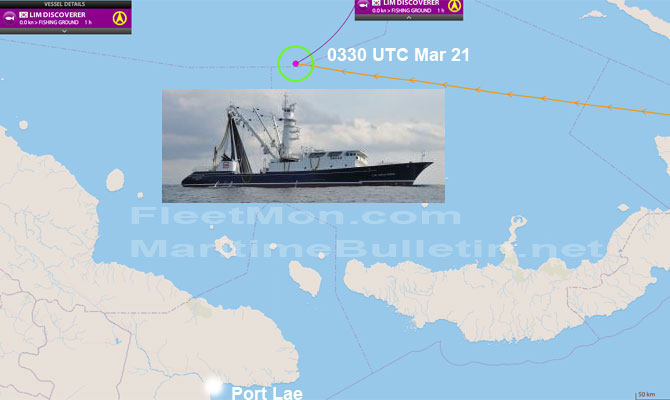