General cargo ship SURYA EXPRESS sank off West Papua northeast coast in vicinity 00 40S 133 20E at around 2315 EIT (UTC +9) Mar 20, while en route from Gresik to West Papua. Of 18 crew, 17 were rescued, 1 is missing. Seamen were swimming in the water with life jackets on, they’ve been picked up one by one. No other details are available, including character of cargo and the cause of disaster.
General cargo ship SURYA EXPRESS, IMO 7607728, dwt 2139, built 1976, flag Indonesia, manager NAMSURYA CITRASARI LINES PT, Surabaya. 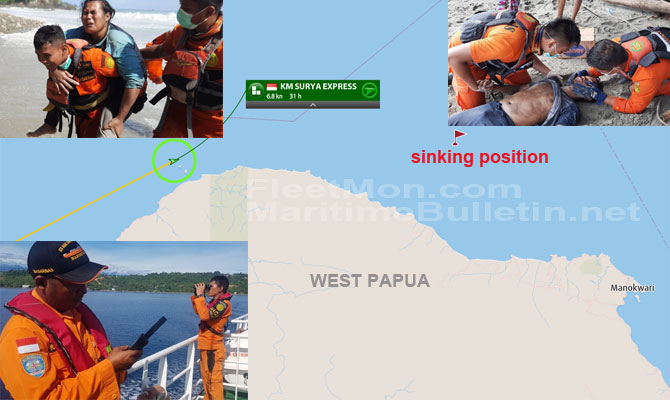