VLOC bulk carrier STELLAR BANNER loaded with ore developed heavy starboard side list, with cargo deck partially under water, at around 0000 UTC Feb 25, north of Sao Luis, Brazil. The ship left port of Ponta da Madeira, Brazil, on Feb 24, bound for Qingdao, reportedly she suffered water ingress in cargo hold or holds, or probably it was cargo shift. As of 1700 UTC Feb 26, the ship remains afloat, with AIS on. At least 4 tugs and SAR ships are engaged in salvage, it is said, that they’re trying to tow giant ship to shallow waters, to prevent sinking. Crew safe.

UPDATE Feb 27: STELLAR BANNER is reported aground in position 01 46S 043 42W. She was intentionally grounded to avoid capsizing and sinking, and thankfully, there was suitable bank nearby. The ship is loaded with 294,000 tons of ore. The ship’s hull integrity in fore section was compromised in two places when the ship was leaving port, according to officials. List developed because of water ingress. Understood she was grounded by Master while under way, so assumedly Master had saved the ship from sinking.

UPDATE Feb 27: Polaris Shipping Official Statement:
Polaris Shipping Co., Ltd., Seoul, Korea 27 February 2020 13:00 KST
Polaris Shipping, the operator of the Very Large Ore Carrier, MV Stellar Banner (300,660 DWT, 2016 Built) report that the vessel made contact with an unidentified shallow sea bed after departing Ponta Da Madeira, Brazil on 24th February at approx. 21:30 hours local time. All crew members are safe and no water pollution has been reported.
As a result of the incident, some ballast water tanks and void space suffered damage although the extent of damage to be further established. All cargo holds are believed to be intact and the situation is under control. In order to assess damage and secure its own safety, the vessel shifted to a safer area. Proper inspections will be carried out by class/underwriter surveyors and a salvage company has been arranged for dealing with the situation.
All the appropriate authorities have been reported and in close contact about the case.

UPDATE Feb 29: Polaris Shipping Statement with regards to oil sheen at STELLAR BANNER site
A slight oil sheen noticed at the site is believed to be residue of “dead oil” which was on the deck; not leakage from fuel tanks. Nonetheless, in close cooperation with Vale, the company is mobilizing all available assets in Brazil to eradicate any potential risk from the oil spillage. An anti-pollution team is already on site, closely monitoring the situation. Therefore, we would like to reiterate that there is no oil leakage from the vessel. As a precautionary measure, oil fence will be installed to mitigate potential risk of oil pollution. 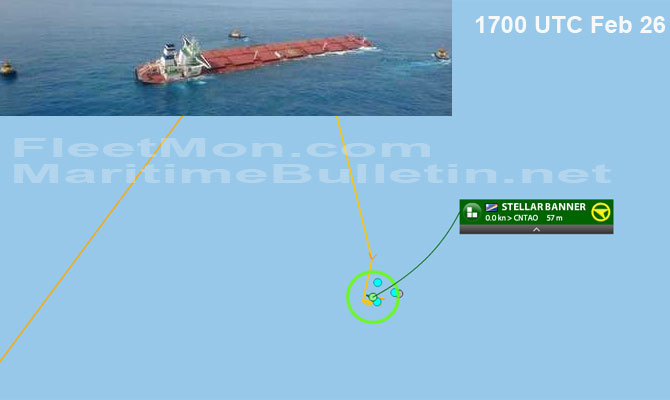 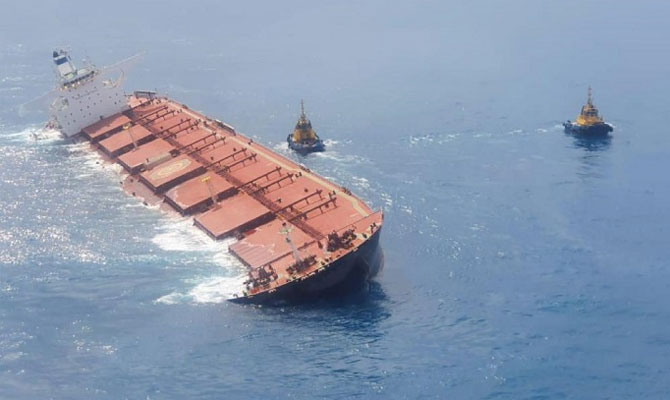 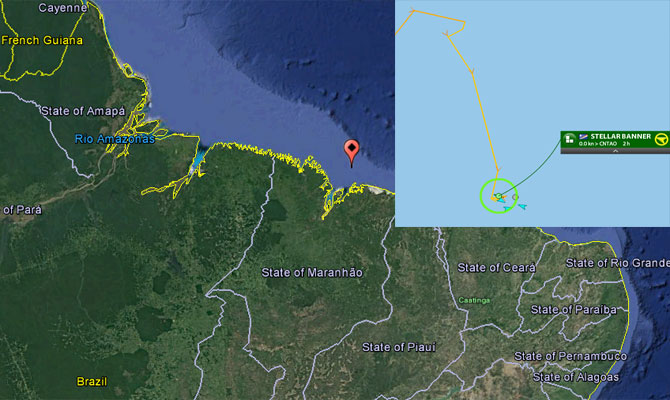 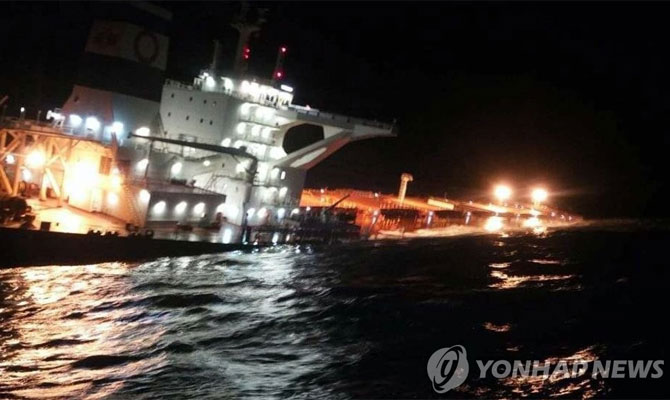 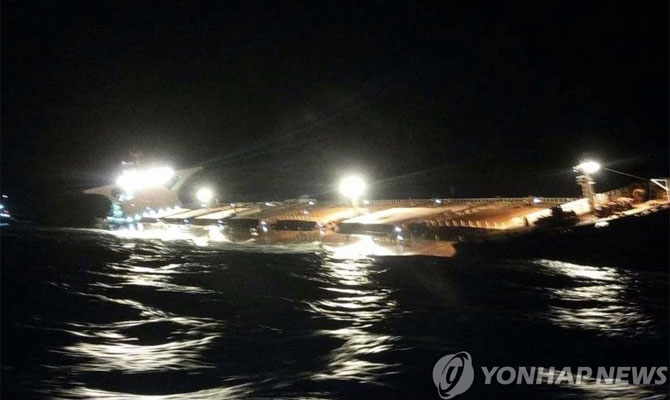