Aruba, Caribbean, made probably, the biggest narcotics bust in island’s history, seizing general cargo ship ARESSA in the morning Feb 25, and taking her to Oranjestad. The ship was en route from Guaranao Port, Venezuela, to Thessaloniki Greece, it is said that at least one ton of narcotics, most probably cocaine, was found. She sailed from Suriname early February, called Guaranaó in Punto Fijo, and then set sail for Greece. The ship was intercepted in international waters, and arrested after drugs were found. 7 people are arrested, including Captain of the ship.

UPDATE Feb 27: Several Montenegrin crew members were arrested, not known yet if there are other nationalities among crew. 5 tons of cocaine were found. 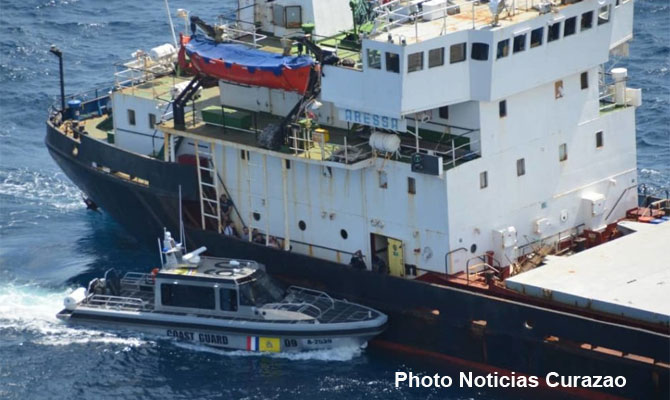