Master of cargo ship MALAGA was according to Greek media reports, arrested, after PSC inspector spotted loading line being under water, overload of some 9 centimeter, after loading cargo of marble. The ship was detained, some other detainable deficiencies were found. MALAGA arrived at Kavala on Feb 19, as of Feb 25 she was still in port.
Comment: The ship was overloaded, though 9 centimeter overload doesn’t seem all that terrible. Is it a sound case against Master, to justify his arrest, if arrest news aren’t mistake or misunderstanding? Why don’t authorities arrest with the same ease migrants traffickers, “Captains” of NGOs trafficking fleet?
General cargo ship MALAGA, IMO 7514440, dwt 4034, built 1977, flag Moldova, manager BARHOUM MARITIME CO, Lebanon. 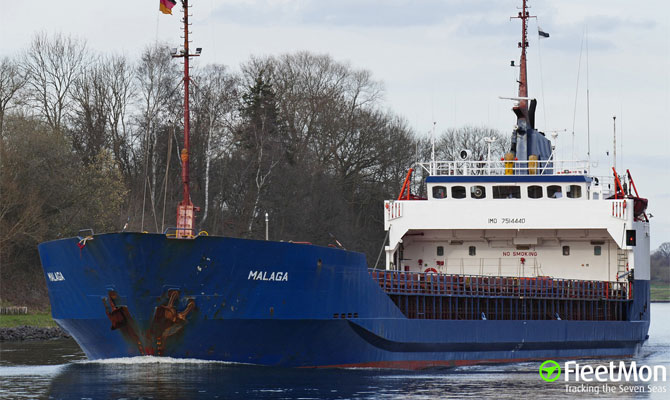