Two similar incidents with stowaways occurred on board of merchant ships docked at Spanish ports, on Feb 11-12. In both cases stowaways tried to escape the ship, breaking the cabins they’ve been locked in.
One stowaway of Conakry nationality escaped from tanker HARALD MAERSK, which on Feb 8 had to interrupt her voyage from Conakry to Amsterdam, and make emergency call at Vigo Spain, because of 3 extremely aggressive stowaways on board. Tanker berthed at Vigo in the morning Feb 8, and as of Feb 13, she’s still at Vigo under investigation, because Police said, that merchant ships are often ordered by owners to simulate dangerous situation on board after finding stowaways, in order to get rid of them, and all costs and troubles they bring. Stowaways have to be kept in separate cabins, because they’re violent not to crew only, they’re violent to each other, too, for good measure.
Spain authorities don’t want to accept stowaways from HARALD MAERSK, offering instead two options – either to continue voyage to Rotterdam with three psychos on board, or sail back to Conakry and try to disembark them there.

General cargo ship TANGO REY arrived at Aviles Spain on Feb 6 from Morocco, 3 stowaways of African nationality, all 3 of course, being adult males, were found on board. Same story – Spanish authorities don’t want to accept them, they remain on board, the ship can’t leave port with 6,350 zinc ingots on board, bound for Italy. All 3 broke free on Feb 11, 1 was recovered from harbor waters and sent to hospital with hypothermia, 2 are still on the run. they’ve been kept in one cabin, now port authorities and police blame Captain of the ship for being negligent, because he failed to keep them securely locked.

Both stories seem to be awfully amusing, if we look at every day Spanish Coast Guard news (Coast Guard?! Guarding whom from what and what from whom?). What do we see and read? Every day Spanish CG is “rescuing” (taxiing, that is), dozens and hundreds of migrants, of the same African origin, almost exclusively adult males. They’re highly welcomed by authorities, they’re given everything they need including status. Somebody explain to me, I beg, what’s the difference between those 6 stowaways on board of merchant ships, and “rescued” migrants? Why accept millions of migrants, and fiercely reject dozens at most, annually, stowaways, of the same origin, with the same goal of migration? Their passage fares weren’t paid by whoever or whatever is paying for migrants? Probably.

Well, it’s the EU business, of course, but why shipping has to suffer? Why honest hardworking seamen are put in danger, and often, treated as criminals, for not doing properly something they aren’t supposed to do – to keep on board dangerous aliens? 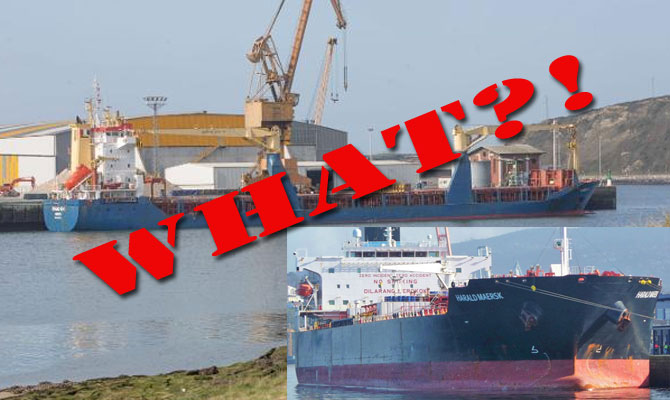