Two tourist speed boats collided in channel in front of Phuket Royal Marina in the morning Feb 10, claiming lives of two Russian children, 12-year-old boy and a 6-year-old girl. According to The Phuket News, boat “Payan 5”, operated by Seastar company, was en route from Laem Nga in Rassada to pick tourists up at Royal Phuket Marina, and was struck by another boat, the “ALP” operated by LP company, with 39 people on board, mainly or all of them being Russian tourists. 22 people were injured, sent to hospitals in Phuket, with various injures, some of them have been already released after treatment.
Companies running tourist boats throughout Thailand found themselves in near-desperate situation after Chinese tourism collapse, because of coronavirus. Rows of idled tour boats are lined up in all sea resorts of the country, and one should expect tour boats operators and crews to be more considerate and professional in these hard times, not the other way around. 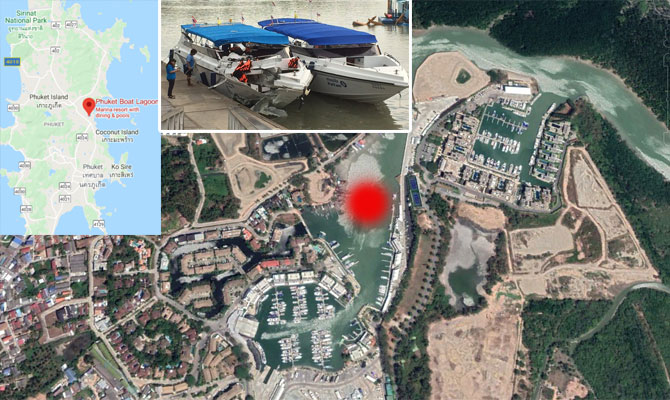 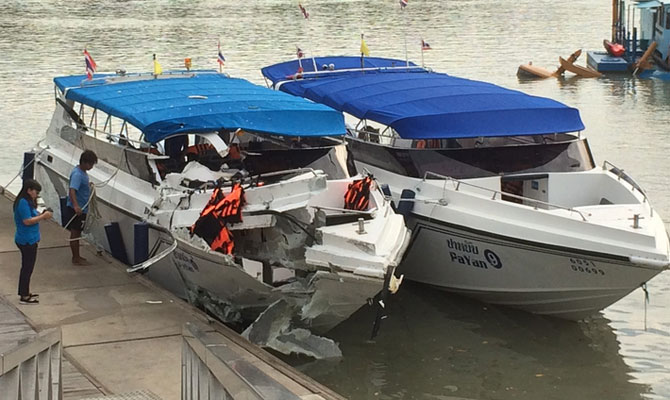