Brand new offshore processing ship PETROBRAS 70 ran aground in Niteroi area, Rio de Janeiro, at night Jan 30, when she broke off anchors in Guanabara Bay during anchorage operation. PETROBRAS 70 has been offloaded from heavy lift ship BOKA VANGUARD, on arrival from China, and was to be temporarily anchored in Guanabara Bay. The giant ship ran aground near seaside boulevard, scaring drivers. She was refloated in rather short time and taken to anchorage in Niteroi area. Strong wind and heavy rain battered Rio de Janeiro last night. According to officials, the ship couldn’t cope with gale-force wind, went out of control and slowly moved aground.
PETROBRAS 70 is to be deployed in Santos Basin oil fields, joining the fleet of four other offshore processing ships. Bad start for PETROBRAS 70 – there was a serious accident on board of the ship early Jan this year, while she was transported from China, when 5 Brazilian workers were taken to hospital, and 1 died, see details http://www.maritimebulletin.net/2020/01/08/5-crew-injured-1-died-on-board-of-offshore-ship-transported-by-heavy-lift-ship/
Offshore processing ship PETROBRAS 70, IMO 9654062, dwt 272682, built 2019, flag Liberia, manager PETROBRAS. 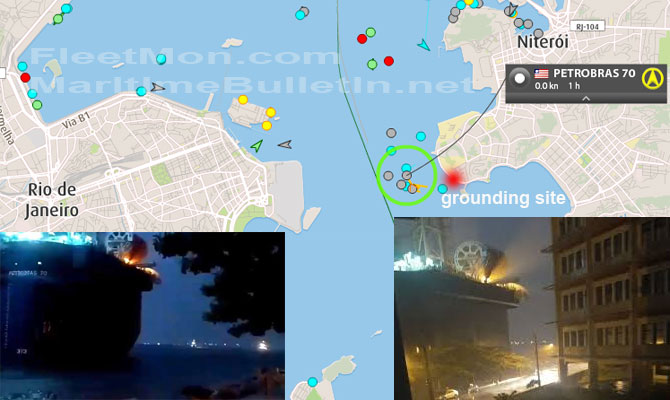 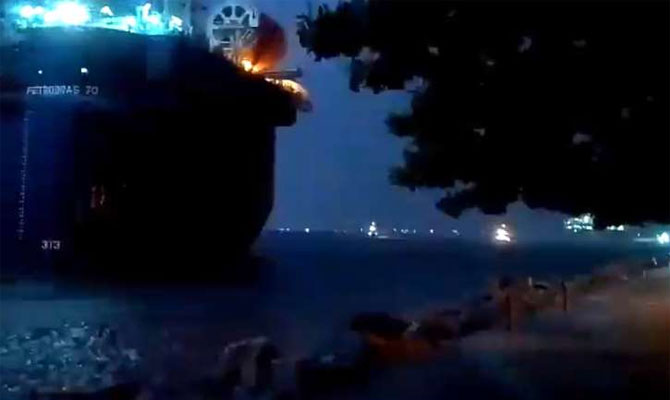