Commercial ship was attacked in Gulf of Guinea SW of Bonny late Jan 16. Assumedly it’s a tanker operated by Greek company, but it’s an assumption based on available scarce information, and calculations. There are some indications, that the ship was hampered as a result of attack. Awaiting additional information. 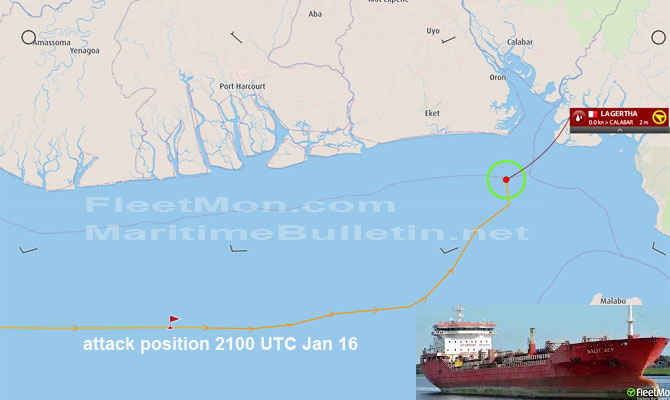