Swedish Traffic Control in Oresund failed to contact general cargo ship CHRISTINE and alert on her dangerous course, leading the ship to coast, at night Jan 16-17. Traffic Control contacted Coast Guard, the ship changed course in time to avoid grounding. Pilot was transferred on board of freighter, which is en route from Denmark to Riga Latvia, she was taken to Landskrona Sweden, for investigation. Master was tested for alcohol, and found intoxicated. Reportedly, he is arrested, CHRISTINE remained at Landskrona, as of 1800 UTC Jan 17 she was in the same position.
General cargo ship CHRISTINE, IMO 8502145, dwt 1281, built 1986, flag Liberia, manager SKY MARE NAVIGATION CO, Greece. 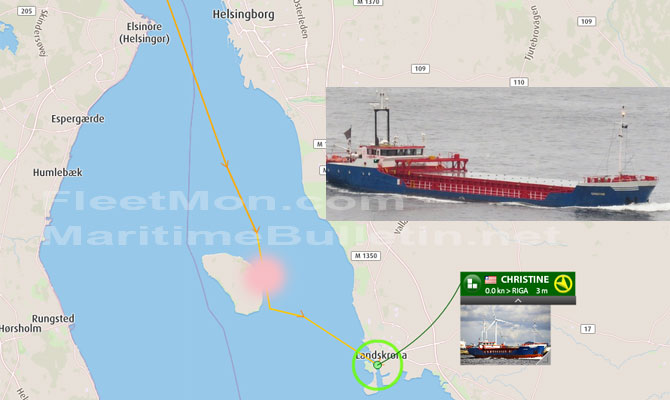