Two tugs collided in Gatun Lock while providing transit of a Greek tanker VELOS LEO, in the afternoon Jan 12. One tug literally climbed over another. Cause of accident yet unknown. Tanker wasn’t damaged and continued her transit, en route from Beaumont USA to Lazaro Cardenas port, Mexico. Tanker completed transit late Jan 12, and entered the Pacific.
One worker or tug crew was reportedly, injured or killed in an accident, but there’s no official confirmation. Understood there was some one-way traffic delay or suspension.

CORRECTION: Panama Canal Media contacted MB and requested correction: 1) Nobody was injured in this accident, thankfully; 2) The vehicles involved are called “locomotives” rather than tugs. 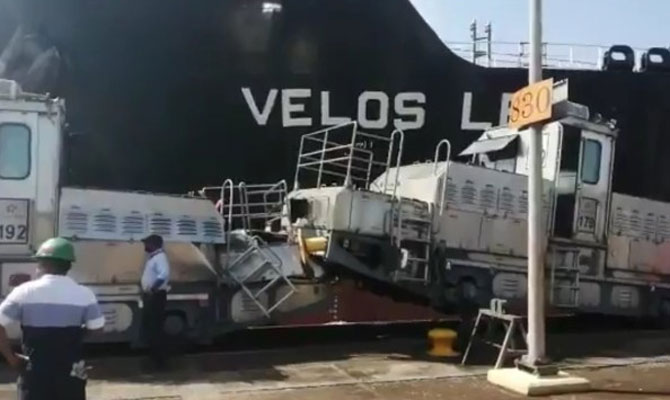