A turmoil in and around Kwai Chung Container Terminal in Hong Kong early in the morning Jan 10 worried many people including residents. Berthed container ship OOCL HAMBURG was surrounded by water police boats, strict security measures were implemented in port. As it came out, all the trouble was triggered by accidentally pressed SSAS (Ship Security Alarm System) button. The ship was sealed by security forces for some three hours. After inspection and confirmation of a false signal, security emergency was called off.
There wouldn’t be so much commotion and trouble in case of wrongly activated EPIRB, but SSAS is a different matter, duty officer or Captain can’t call the authorities and notify them of a false alarm – if it’s a security alarm, Captain or officer on watch, or whoever is talking on the phone or radio, could be doing it with a gun pointed at his head. That’s why the ship was immediately surrounded by police and counter terrorism teams, both on pier and from seaside, sealed off and thoroughly checked.
Container ship OOCL HAMBURG, IMO 9252008, dwt 99517, capacity 8063 TEU, built 2004, flag HK, manager ORIENT OVERSEAS CONTAINER LINE. 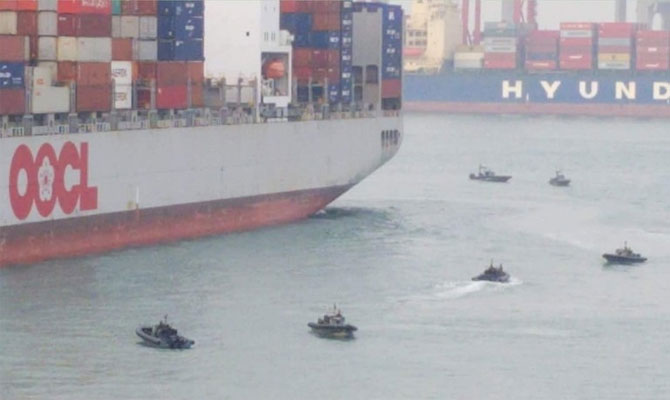 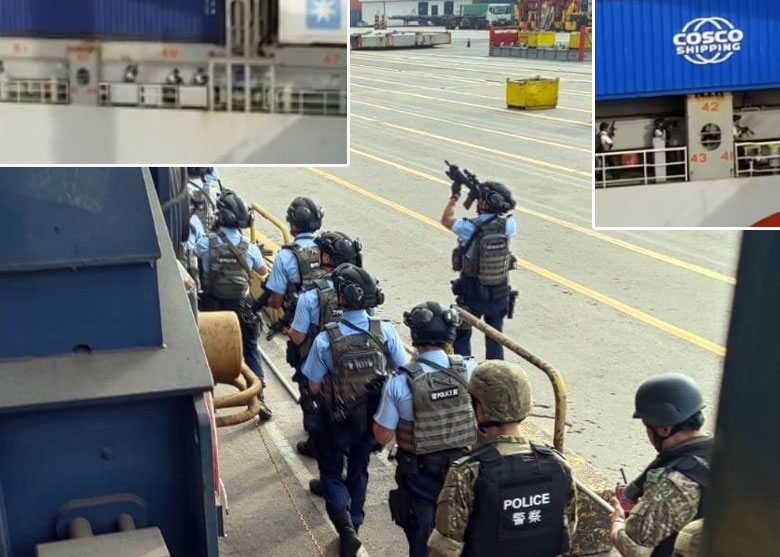 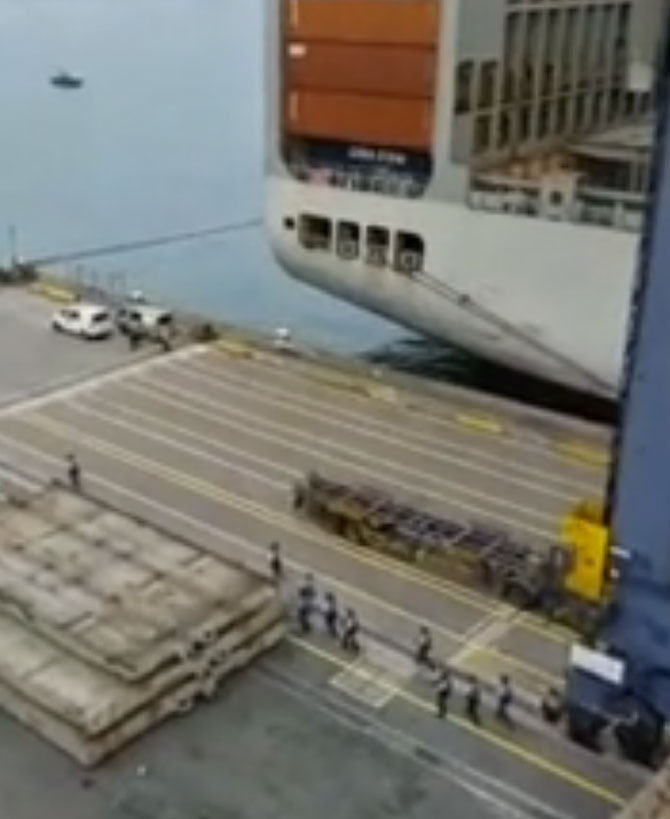