General cargo ship FRANCISCA broke off her moorings at Hafnarfjordur, Iceland, early in the morning Jan 8, in a stormy weather with strong wind and heavy swell. The ship was taken back to berth by CG ship TYR and two tugs, no damages reported, though judging from photo of strayed FRANCISCA , there may be some. It was mentioned, that the ship broke off moorings during her stay at Hafnarfjordur since Jan 7 not once, but several times, due to storm raging in the area.
General cargo ship FRANCISCA, IMO 9113214, dwt 5962, built 1997, flag Netherlands, manager LONGSHIP BV. 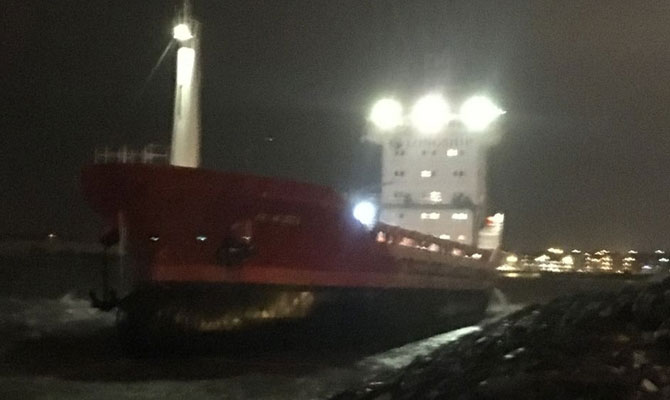