Russian missile cruiser MARSHAL USTINOV, “one of the most powerful and fearsome ships in Russian Navy” – as she’s usually presented by Russian pro-military media and experts, after three days anchorage in Moda area, Istanbul, Marmara sea, heaved up anchor and sailed back to Black sea, transiting Bosphorus in the afternoon Jan 8. Russian mainstream media remain silent on all of it – on sudden run to Istanbul, on embarrassingly failed attempt to berth at Sarayburnu pier in Istanbul, on apparent mechanical problem which caused failure, and indeed, on goal or goals of that voyage. Second-line media insisted cruiser was to sail to Syria, because of Iran-USA conflict and hyped regional tension, to somehow, mitigate it all just by cruiser’s fearsome looks. There was one more guess, EuroAsia Daily website said cruiser was to provide security during Putin’s visit to Turkey, not clarifying how she was supposed to bolster this security? By failing berthing and staying on anchor for 3 days in Istanbul outskirts?
Previous story on near-accident during mooring operation: http://maritimebulletin.net/2020/01/06/russian-missile-cruiser-troubled-in-bosphorus-video/ 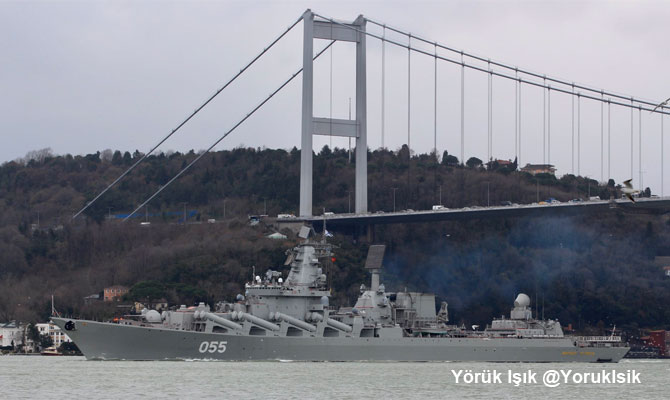 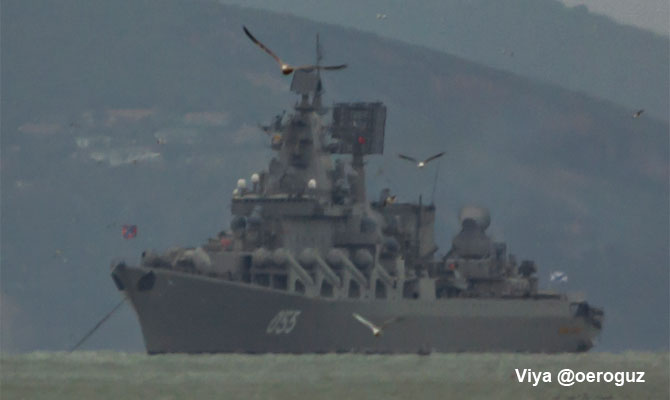 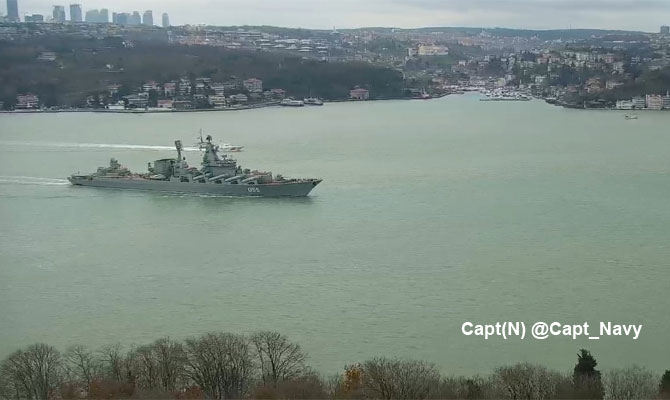