Fire erupted in No.1 Power Compartment of Soviet-Russian aircraft carrier ADMIRAL KUZNETSOV at 1015 Moscow time Dec 12. Air carrier is undergoing repairs in a dry dock in Murmansk, Russia,, fire is thought to be caused by welding works. Three workers are missing, fire spread from initial 20 sq meters to some 120 square meters of Energy Block and probably, neighbouring compartments. Diesel fuel is burning, not clear if it’s a spill or fuel is stored in tanks.

Infamous air carrier ADMIRAL KUZNETSOV may claim the title of one of the most haunted by disasters and accidents Navy ships in history. The ship was besieged with accidents literally, from the moment her keel was laid in 1982. About a year ago, when ADMIRAL KUZNETSOV was in dry dock, 2 people died when dock crane collapsed and fell on ship’s deck, dock sank.
http://maritimebulletin.net/2018/10/30/biggest-russian-navy-floating-dock-sank-docked-air-carrier-salvaged/
ADMIRAL KUZNETSOV claimed dozens of lives throughout her gloomy life. Be the carrier hit with missile or missiles in a live combat, it wouldn’t be much worse, so it seems.

Sister ships aren’t more lucky, either. One sister ship was sold to India, another one was bought by China, while still under construction, in Ukraine. Both encountered serious accidents with lives loss. 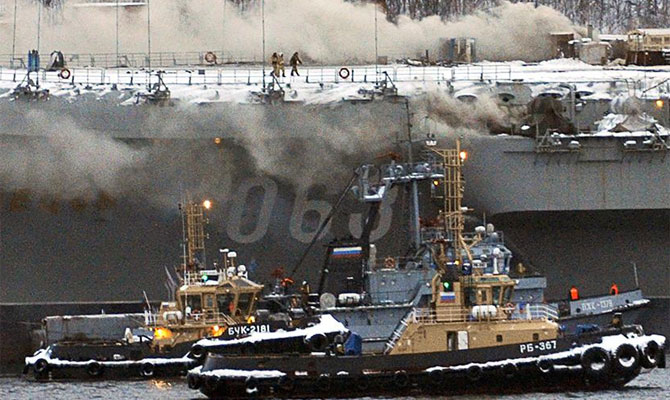 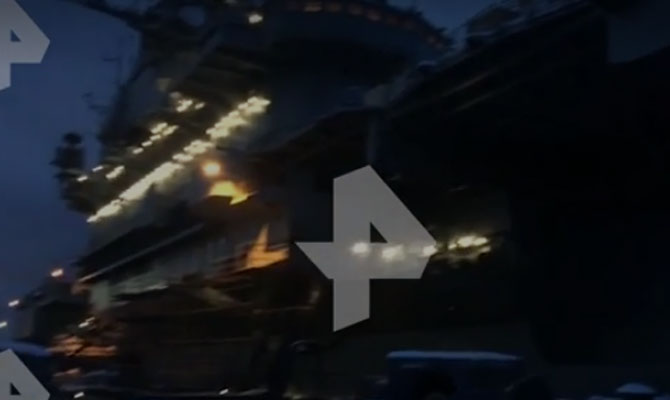 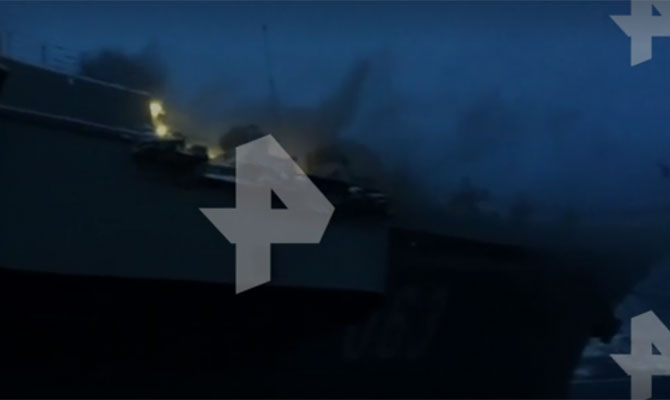