Bulk carrier SEA EAGLE ran aground on the right bank in Seine river at 2130 UTC Dec 11, while proceeding upstream en route from La Rochelle to Rouen, France, in Aizier area. Initial attempts to refloated failed, it was decided to refloat her with high tide in the morning Dec 12. As of 1130 UTC Dec 12 refloating operation was still ongoing, with four tugs assisting grounded vessel. No information on damages, probably there are none. All photos full-scale https://www.paris-normandie.fr/actualites/faits-divers/en-images-un-navire-en-route-vers-rouen-s-echoue-en-seine-pres-de-port-jerome-MA16076921

Dec 13 Update: Apparently, refloating attempts failed, so far. As of 0630 UTC Dec 13, the ship remained aground, no tugs nearby. She seems to be in ballast.

Dec 13 Update: Was refloated at fourth attempt in the morning Dec 13, at around 0930 UTC, resumed sailing upstream under own power, reached Rouen and berthed at around 1430 UTC. 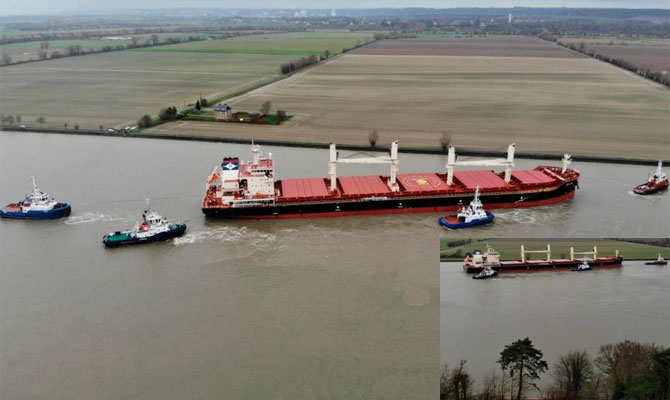 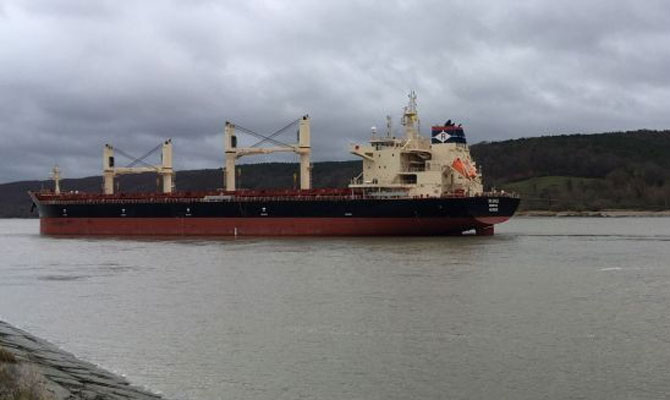