Tug ANGLIAN LADY with barge reported by “Great Lakes and Seaway Shipping” to be aground since morning Dec 9 in Lake St Clair off St Clair Flats Canal, apparently after veering off fairway. As of 0530 UTC Dec 11, the tug was still aground. Tug is bound for Detroit.
Tug ANGLIAN LADY, IMO 5141483, GT 459, built 1953, flag Canada, manager PURVIS MARINE. 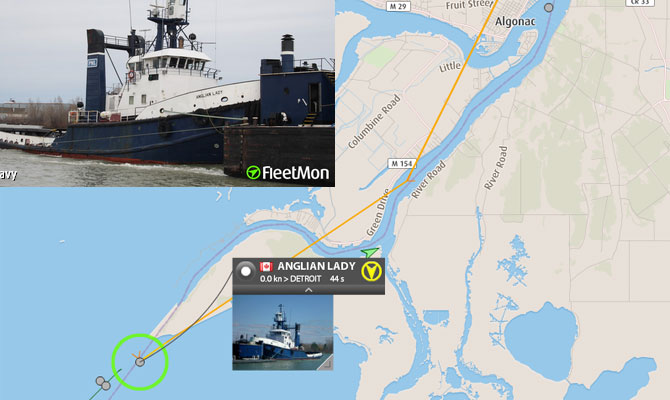