General cargo ship FEED RANA ran aground at around 2330 UTC Dec 8 in Rorvik area, central Norway, while en route from Kristiansund to Stokmarknes, Norway. According to track, the ship refloated by own means in just minutes after grounding, or probably, bottom contact, turned back and sailed to Rorvik. She was berthed at around 0000 UTC Dec 9, and as of 1100 UTC Dec 9, remained at port. Reportedly hull was breached, no other information available at the moment.
General cargo ship FEED RANA, IMO 9291705, dwt 4933, built 2004, flag Norway, manager HALTEN BULK AS. 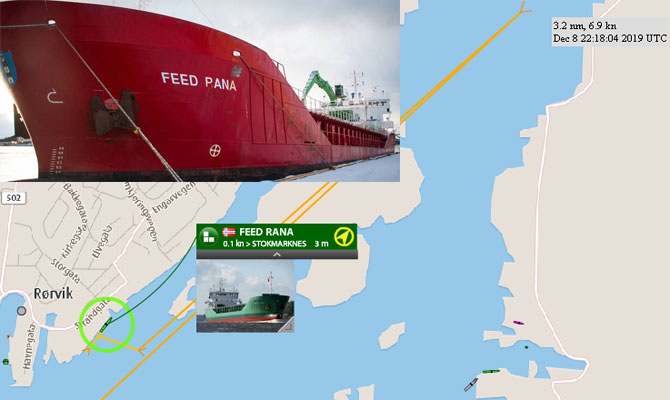