Tanker GOLDEN BRIDGE 2 sank in the morning Dec 3 in Gulf of Siam off Chao Praya river estuary, just south of Bangkok. The ship isn’t registered in known databases, identified by local media, referring to officials, as a tanker, most probably bunker tanker. At the time of an accident she had some 100 tons of bunker fuel on board, cause of sinking unclear – sudden and massive aft water ingress was mentioned. 3 crew were rescued. Reportedly, some 20 tons of fuel already leaked, creating a 4-kilometer long slick, which is drifting towards eastern coast of the Gulf. The Royal Thai Navy is tasked with preventing oil slick advance towards the coast. Understood other available anti pollution resources are to be deployed or are already deployed. 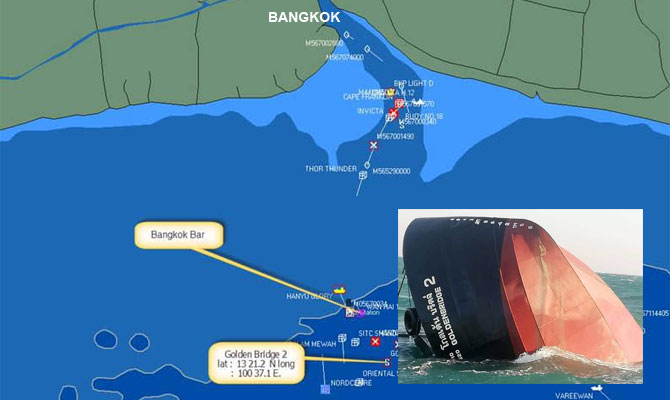 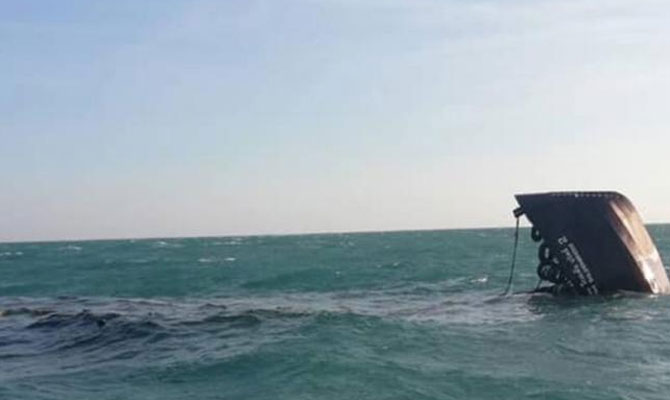 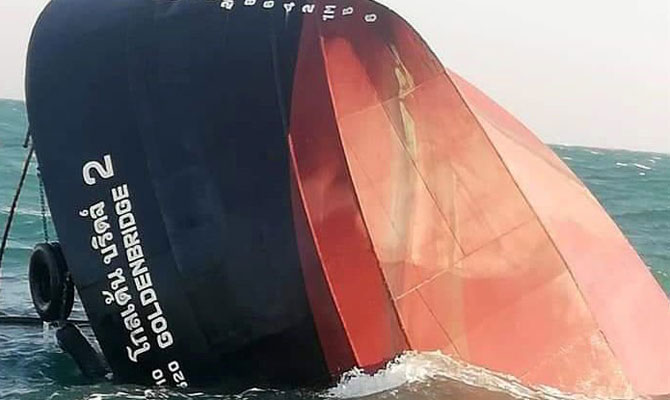 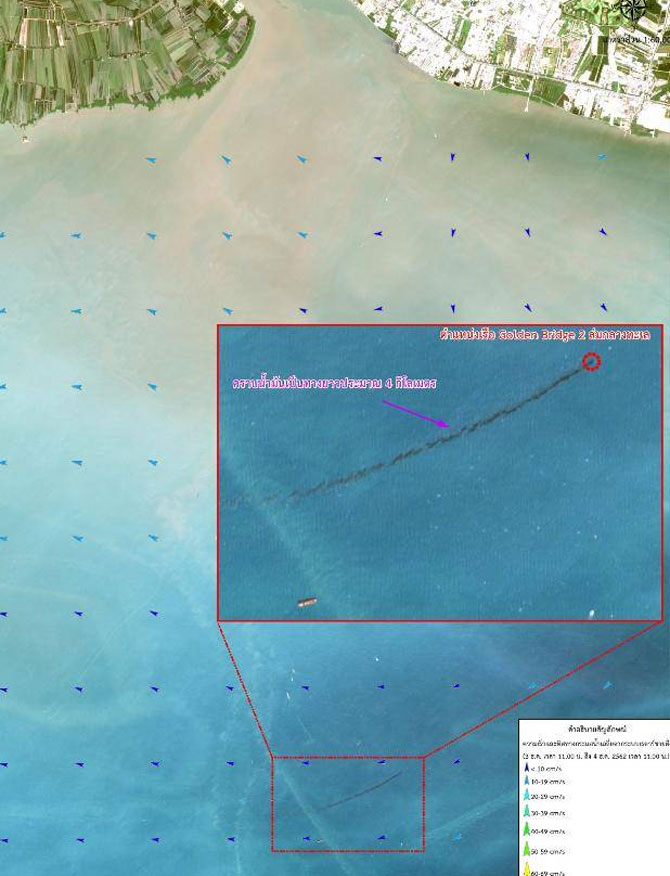