Chemical tanker BLUE STAR ran aground at around 2230 UTC Nov 22 on a coast in Ares area, just north of La Coruna, Spain. Tanker was moving from La Coruna anchorage to Ferrol, to load a cargo of chemicals, but went out of control after mechanical failure, and ran aground. Tanker is in ballast, refloating attempts failed so far. As of 0320 UTC Nov 23, tanker was still aground, with SAR boat nearby, awaiting probably, tug or tugs and high water. Salvage coordinated by Salvamente Maritimo. Understood hull wasn’t breached, but tanker is in ballast, anyway.

Dec 10 UPDATE: Chemical tanker BLUE STAR ran aground at around 2230 UTC Nov 22 on a coast in Ares area, just north of La Coruna, Spain, was refloated in the afternoon Dec 10 after a lengthy salvage operation, carried out by SMIT Salvage. All fuel and oil including lubricants, were siphoned and removed, the ship was refloated by two tugs and towed to Ferrol, where she berthed same day. 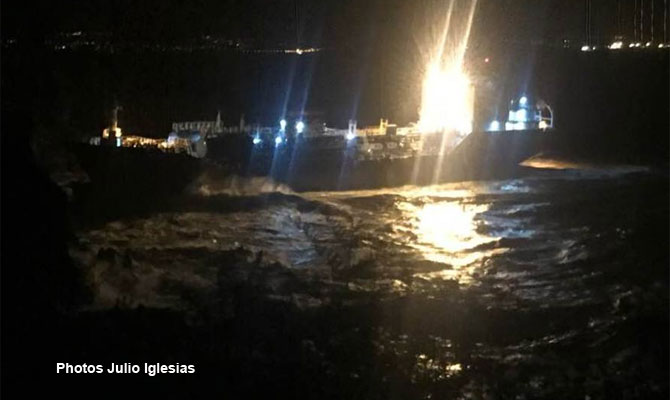 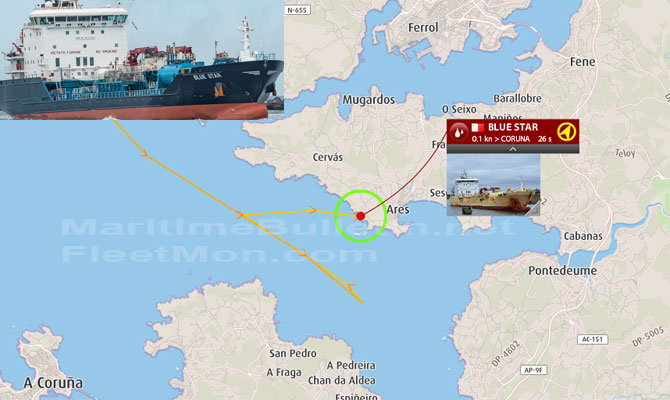