FINNLINES ferry FINNSWAN nearly avoided collision with local ferry MERGUS in Finnish waters at around 1050 UTC Nov 13, while en route from Naantali Finland to Kapellskar Sweden, with 120 people on board. Ferry MERGUS was on her shuttle run between Olofsnas and Korpo. Not clear what happened and what caused dangerous approach. It was reportedly, a near miss, some sources mistook it for a collision. Both ships continued their voyages.
Passenger ro-ro cargo ship FINNSWAN, IMO 9336256, GT 45923, built 2007, flag Finland, operator FINNLINES.
Passenger ro-ro cargo ship MERGUS, IMO 8324517, dwt 560, built 1984, flag Finland. 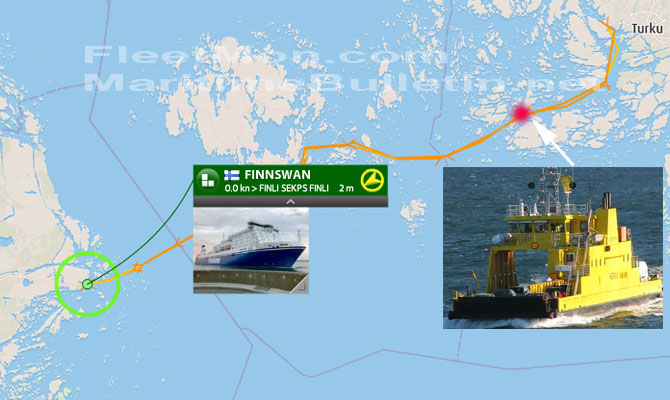