Container ship CONCORDIA ran aground at around 1430 UTC Nov 13 at Laupsneset, Norway, south of Alesund, while en route from Maloy to Ikornes. The ship ran onto rocky coast while moving at high speed, so little doubt she suffered hull damages. One tug is nearby, more said to come to assist, though obviously, survey and damage assess should be done prior to refloating attempts. Understood owner is already contacting salvage.

UPDATE: The ship with refloated some 3 hours later with high tide, by a tug POLAR REX, according to reports. Ship’s hull was damaged but luckily, not breached. CONCORDIA reached Alesund, probably on tow, and was berthed at around 2100 UTC Nov 13. 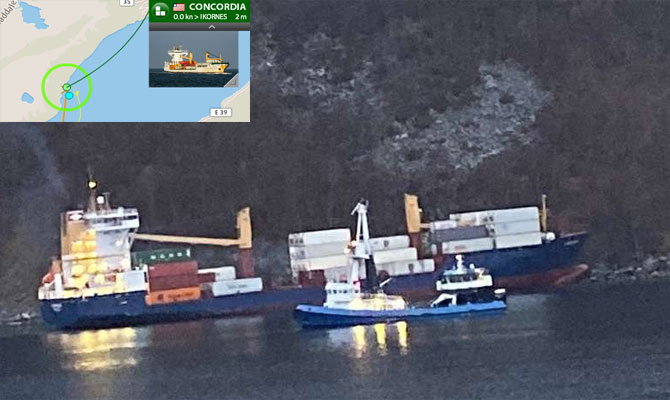 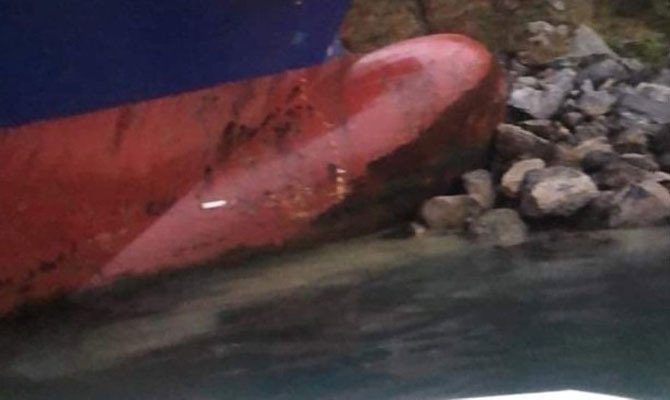