Seven gantry cranes at Sinseondae terminal, Busan, were pushed along by strong wind during night Nov 10 – 11, while they were handling berthed container ships. Container held by one crane contacted containers on ships’ deck. Container with aluminum pipes or rods crashed down on pier, spilling its’ cargo. Luckily, nobody was hurt. All seven cranes sustained damages, but by Nov 11 three were already restored. Container ship SUNNY FREESIA was the one involved, according to all available data. She arrived at Busan and was berthed early Nov 10, as of early Nov 12 was still at Busan.
Container ship SUNNY FREESIA, IMO 9856048, dwt 11650, capacity 1096, flag HK, operator KMTC (?). 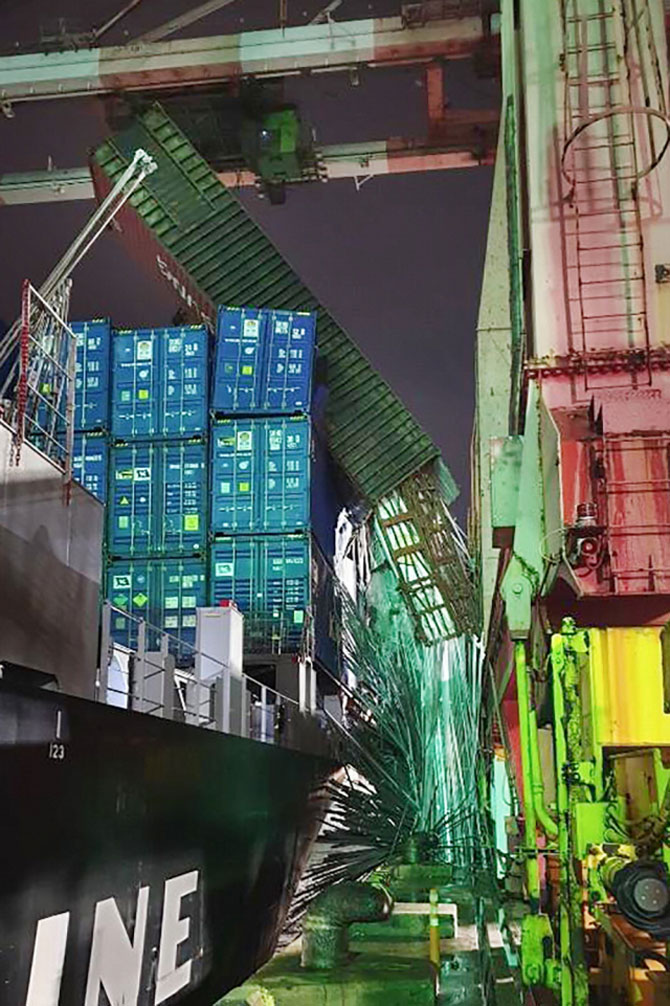