Nov 2: The ship was attacked at 0320 UTC Nov 2 on Cotonou Anchorage, Benin, Gulf of Guinea, in position 06 15N 002 33E, 9 crew were kidnapped. The ship wasn’t identified, but all data point at bulk carrier BONITA, anchored in exactly that position since Oct 28 on arrival from Spain. Several hours later BONITA heaved anchor and started moving towards Cotonou.
Nov 4 UPDATE: Confirmed 9 crew of bulk carrier BONITA kidnapped. The ship was berthed on Nov 2 and remains berthed. All crew Filipino.

Cargo ship was attacked early in the morning Nov 2 at Cotonou Anchorage, Benin Gulf of Guinea. 9 crew were reportedly, kidnapped. Ship’s name though identified, can’t yet be revealed, until information is confirmed. 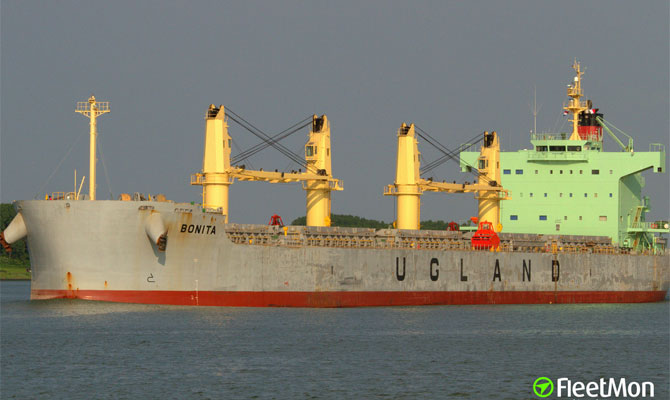