General cargo ship RHODANUS ran aground on southern coast of Corsica near Bonifacio (see screen), at around 0200 UTC Oct 13, while en route from Taranto Italy to Rhone France. According to local sources and maritime officials, the ship didn’t respond to traffic control radio calls, trying to alert the bridge. The ship apparently, missed turning point and headed straight to coast, running aground while at full speed.
The ship is carrying a cargo of steel coils. Little doubt watch on bridge fell asleep. The problem is not in the exact cause of watch falling asleep, but why it’s always coasters with small crews – 7 in this case – which ran aground because of sleeping watch.
General cargo ship RHODANUS, IMO 9173173, dwt 2953, built 1998, flag Antigua, manager WEST-TRADE LOGISTIC GMBH (EQUASIS). 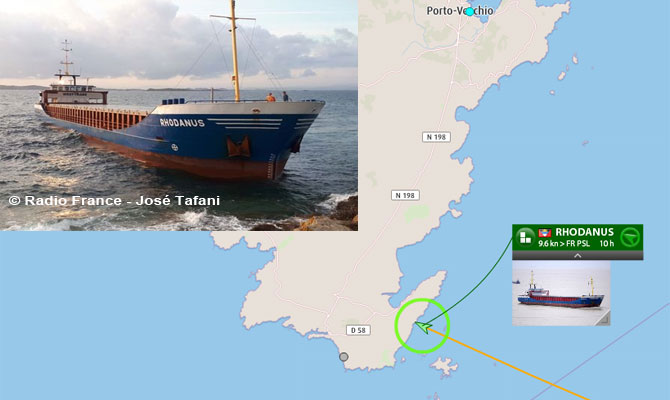 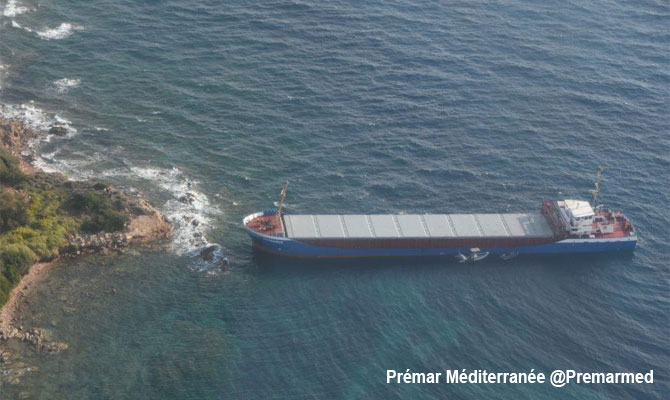