Oct 12 UPDATE: According to French news agency QUEST FRANCE, Martinique Prefect, one FRANCK ROBINE, on Oct 11 called SAR off, because he, Franck Robine, doesn’t believe there’s any chance of finding survivors or dead bodies, or anything at all. Judging from his photo in full uniform, he’s something of a super admiral or general, or just super, so he surely, should know better than we do. He already knew it all on Oct 4, when SAR was suspended first time – and who knows the results of search if SAR wasn’t called off, if Navy frigate with helicopter, and surveillance planes, were present.
Now France is calling SAR off second time, and that decision seems to be final.
Let’s recall VLOC STELLAR DAISY disaster, which occurred deep in South Atlantic on Mar 31 2017, claiming 22 crew. Only 2 crew were rescued. Bulk carrier was Korean with partially, Korean crew. Relatives and friends insisted on continuing SAR months after ship sank.
Uruguayan Navy ship returned to port after a 17-day search during which floating debris from the wreckage was found.
Jun 6 2017: South Korean ore carrier Polaris Shipping has agreed to send a rescue craft to the site where Stellar Daisy is believed to have gone down, after family members of some of the missing crew pleased for the now toned-down search-and-rescue efforts to be intensified. The rescue ship will depart Congo on 6 June and is scheduled to arrive at the scene on 14 June to commence a 22-day search until 5 July.
Jan 2018: South Korean families of the missing crew members of the ill-fated bulker Stellar Daisy, which sank off Uruguay in March 2017, are calling on the authorities to continue the search and rescue operation for the missing seafarers.
Prefect Franck Robine may be unaware of simple, basic human feelings when it comes to tragedies with missing people. Everything possible must be done in order to get guaranteed results, negative or positive. Even when SAR looks hopeless and even meaningless, it should go on until relatives understand and accept the bitter truth, but at least they won’t suffer later on, maybe for the rest of their lives, from gnawing doubts and suspicions, that something was missing, chances lost, not all was done. I don’t know if French admirals or politicians, or those in power including one monsieur Macron (who was personally addressed by relatives, and by Croatian and Ukrainian Governments), understand it. France ran out of money and its’ Navy budget can’t afford large-scale oceanic SAR operation, with deployment of ships with helicopters, and planes? Croatia and Ukraine already said they’re ready to assist impoverished France and share financial burden. No answer.
It’s not just sad, it’s frustrating and infuriating. Who’re the elites to treat common people in tragedy in such manner, are they humans, or are they hostile aliens? 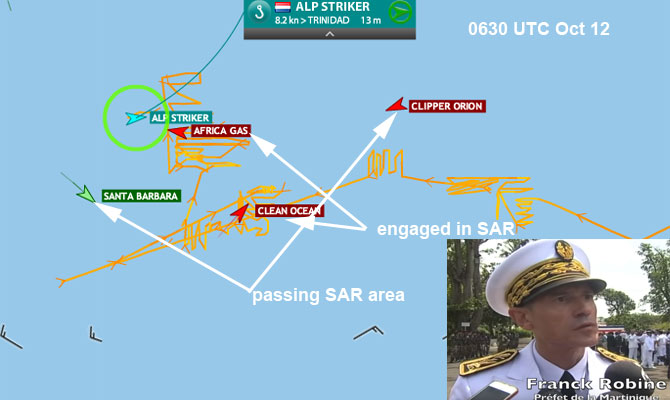