Cruise ship CARNIVAL FANTASY brushed lock wall while moving in Panama Canal on Sep 20. Understood the ship wasn’t supposed to transit Canal. According to track, the ship left Canal and sailed to Limon Port, Costa Rica, in accordance with itinerary, arriving there on Sep 21. The ship contacted wall while the water levels were being lowered. She wasn’t under way at the time of an accident, being driven by Canal tugs. Nobody was injured.
Officials with the CARNIVAL FANTASY confirmed that the ship was damaged on September 20.
Below is the full statement from cruise officials:
“During Carnival Fantasy’s passage through the Panama Canal this evening, the ship came in contact with one of the locks while the water levels were being lowered. There are no reports of injuries. The vessel was not under its own power and was being assisted by the Panama Canal train as it moved through the locks. Initial assessments indicate damage is limited to broken glass and handrails on Deck 9 and 10 AFT (Lido Restaurant and Serenity). Carnival Fantasy is expected to arrive in Limon, as scheduled.”
Cruise ship CARNIVAL FANTASY, IMO 8700773, GT 70367, built 1990, flag Panama, operator Carnival Cruise Line, capacity 2675, crew 920. 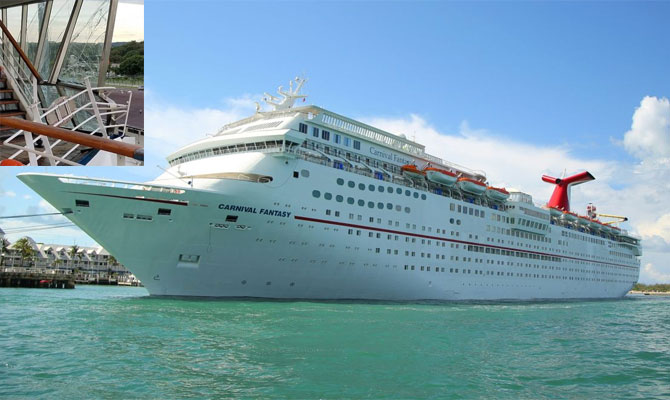 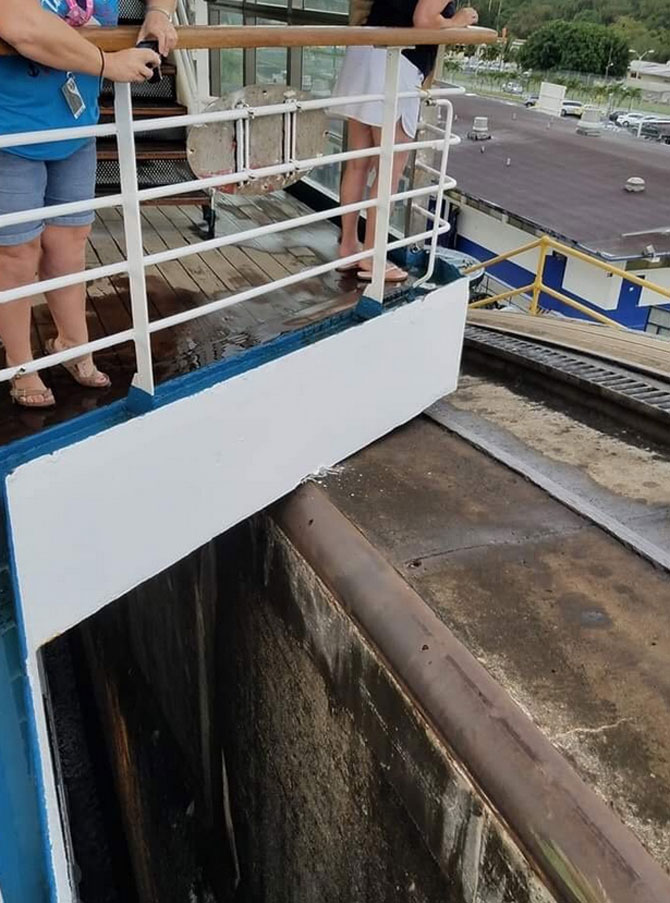 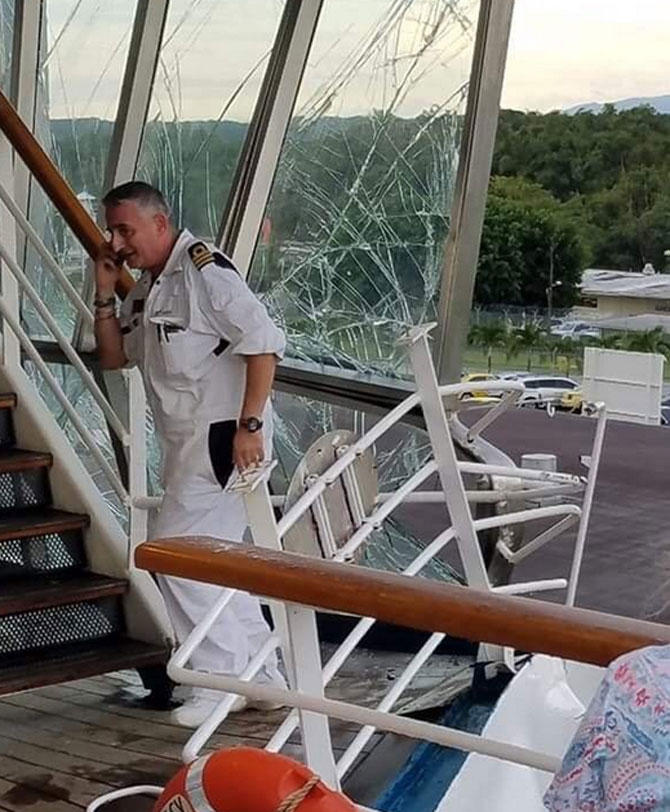